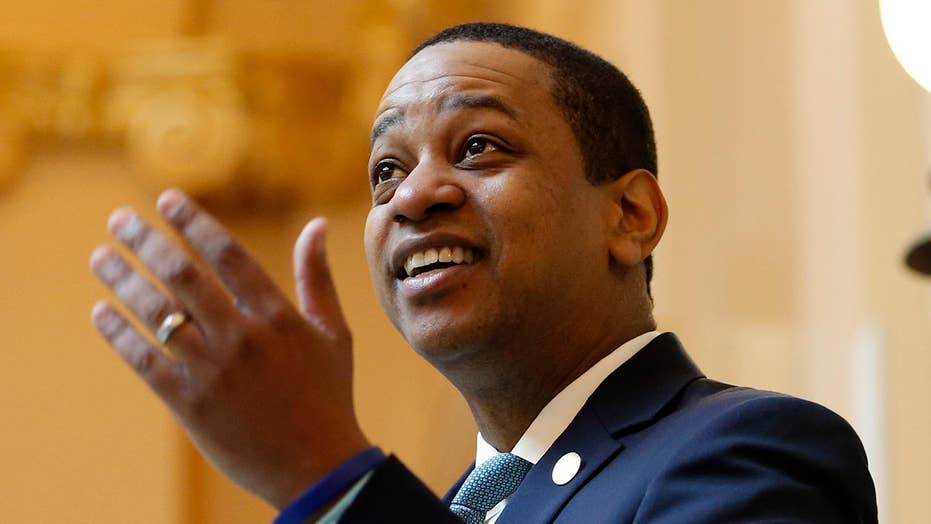 The ongoing turmoil in Virginia took yet another turn Friday when Meredith Watson accused Fairfax of rape when they both attended Duke University in 2000. Her accusation followed the initial allegation made by Dr. Vanessa Tyson, who accused Fairfax of forcing her to perform oral sex at the 2004 Democratic National Convention in Boston.

THE FIVE: WITH SECOND ALLEGATION, VA. LT. GOV. FAIRFAX 'MOST INCLINED' OF THREE DEMS TO 'STEP DOWN'

Thiessen began by saying that the “monster” Democrats unleashed in the character assassination of Kavanaugh is “coming back to devour them” with the Fairfax allegations.

“There is more evidence in this case,” Thiessen argued. “There’s corroboration at the time she told people about it.  Dr. Tyson, the first accuser, she knew where it happened, when it happened, if you read through her details of what happened to her, it’s searing.”

He pushed back against any “parallel” some may draw between the allegations made against Fairfax versus those made against Kavanaugh.

“Kavanaugh denied that he was at the event. Fairfax admits that there was sexual contact with the victims. They have in details that Christine Blasey Ford couldn’t remember where it happened, when it happened, how she got home."

But with the Fairfax case, "There’s detailed allegations,” Thiessen continued. “And so this whole concept of ‘the accusation is enough,’ Democrats are now being consistent and they need to be.”

Lane suspects Fairfax “may ride this out” since he still has strong support within the commonwealth and that in the era of the #MeToo movement, it will be difficult for Democrats and Republicans to be “consistent” when it comes misconduct allegations made against people in their own party.

Meanwhile, Continetti wondered if there would be a “rallying effect” behind Fairfax among Democrats the way Republicans rallied behind Kavanaugh.

“Republicans rallied to Brett Kavanaugh, they believed his story, and there were political ramifications of that belief of Republicans."

But as for Democrats responding to the Fairfax case, "They’re doing the opposite, which creates a political problem for the Democrats because not only does Virginia have statewide elections this year, you have the 2020 election coming up,” Continetti said.

“What 2020 Democrat is going to want to appear at a rally with the governor, the lieutenant governor, or the attorney general?" he added. "This is a big problem not just for the Virginia Democratic Party but the national Democratic Party.”

Lane added the “ultimate irony” would be the possibility that Virginia Gov. Ralph Northam, who landed himself in hot water for his racist medical school yearbook page, is the “lone survivor” from the ordeal.