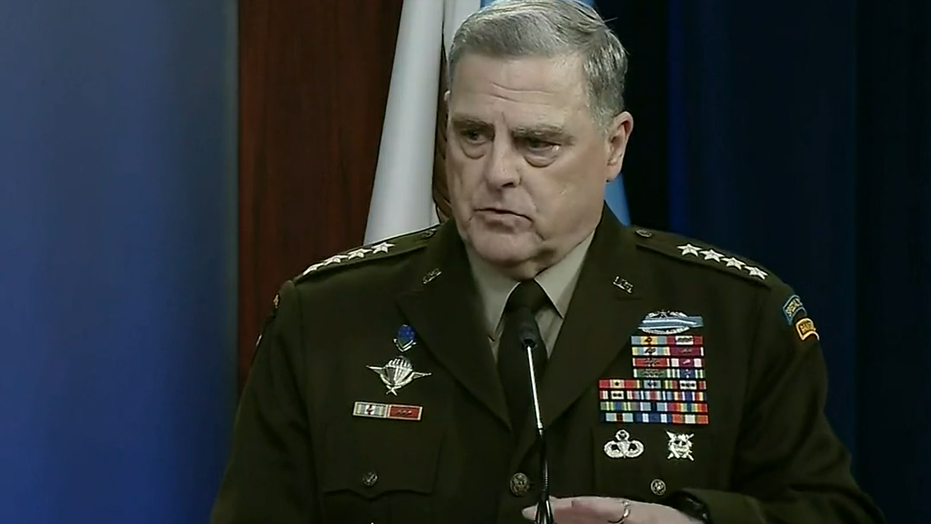 Two of the nation’s top military leaders pushed back on questions about critical race theory being taught within the military and reiterated their commitment to keeping the Pentagon out of politics during a Wednesday press conference.

Milley had declined to comment in response to a question about recent books claiming he and was worried former President Donald Trump might try and stay in office after January 20.

"I want America to know that the United States military is an apolitical institution," he said.

"It's really important to me that this department remain apolitical," Austin added. "And so we're going to do everything within our power to make sure that our troops, our leadership, both civilian and in military, remain focused on the task at hand and understand that they are not a part of the political apparatus there. "

And when asked whether the controversial critical race theory program should be part of military education, both men downplayed the curriculum as a distraction.

"Critical race theory is not something that this department teaches, professes, embraces," Austin said. "You’ve also heard a couple of people at academic institutions say that they have required this to be reading for their students in specific courses. But because that’s the case does not mean that this department embraces this theory."

Austin said military leadership "will look like what’s in the ranks" and that he didn’t want critical race theory to distract the Defense Department from its purpose.

"We’re not gonna spend a lot of time debating the merits of this theory or any other theory," he said. "We’re gonna stay focused on making sure that we create the right force to defend this country and promote our values."

Milley said it was a matter of understanding and not embracing the controversial CRT program.

"I’m not gonna address specifically White rage or Black rage or Asian rage or Irish rage or English rage or German rage or any other rage," Milley said. "The events of the sixth of January happened. Those are all gonna get sorted out…But I do think it’s important that we as a professional military not only understand foreign countries and foreign cultures in foreign societies, that’s important that we do that. But we also need to understand our own society, understand the soldiers, sailors, airmen, Marines, and the society they’re coming from."

He then said there wasn’t enough time to discuss his prior "White rage" comment but that he would be "happy to do that later."

During congressional testimony before the House Armed Services Committee on June 23, Milley said he wanted to understand "White rage" and what motivated thousands of people to take part in a Jan. 6 riot at the Capitol.

"I've read Mao Zedong, I've read Karl Marx, I've read Lenin. That doesn't make me a communist," Milley said. "So what is wrong with understanding, having some situational understanding about the country for which we are here to defend? And I personally find it offensive that we are accusing the United States military, our general officers, our commissioned, non-commissioned officers of being, quote, ‘woke’ or something else, because we're studying some theories that are out there."

During that same hearing, Austin called talk about CRT "a spurious conversation" and said the military does not teach or embrace the theory.