Financer Michael Milken, the so-called "Junk Bond King" who became one of Wall Street's richest men, was among the several people who received pardons or commutation from President Trump on Tuesday.

Milken was head of the junk bonds department at the now-defunct firm Drexel Burnham Lambert, and from his X-shaped desk in the office's trading room, he orchestrated one of the largest criminal schemes Wall Street had seen. In particular, Milken was accused of channeling clients' money to a stock trading corporation that was investing in companies involved in takeovers -- including some takeovers for which Drexel was responsible, creating an apparent conflict of interest.

The owner of that stock trading corporation, Ivan Boesky, reached a settlement in response to insider-trading charges in 1986. In 1990, Milken was able to avoid racketeering and insider-trading charges, and instead pleaded guilty to a slew of securities violations amid the fallout. He served two years in prison and reportedly paid approximately $600 million in fines.

Upon release, Milken, also a cancer survivor, focused on philanthropy, including medical research -- and on Tuesday, he said he only would continue those efforts.

"Lori and I, who recently celebrated our 51st wedding anniversary, along with our children and grandchildren, are very grateful to the president," Milken said in a statement obtained by Fox Business. "We look forward to many more years of pursuing our efforts in medical research, education and public health.” 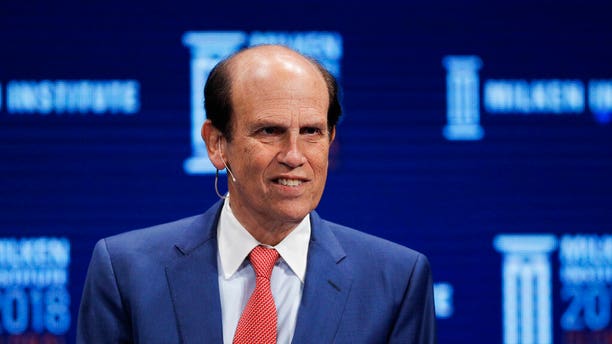 READ MILKEN'S FULL STATEMENT HERE, INCLUDING LIST OF HIS INITIATIVES

The White House on Tuesday praised Milken for having “democratized corporate finance by providing women and minorities access to capital that would have been unavailable to them otherwise.”

“The pardoning of these disgraced figures should be treated as another national scandal by a lawless executive," Pascrell said. He predicted that, following Trump’s overwhelming acquittal by the Republican-controlled Senate, “outrageous abuses like these will accelerate and worsen.”

Some Democrats and reporters echoed that criticism -- even though they were far more supportive of similar moves by former President Obama. "Big Day for Executive Actions," wrote The New York Times investigative reporter Eric Lipton in 2014. "From DOJ just now: PRESIDENT OBAMA GRANTS COMMUTATIONS AND PARDONS. Clemency to 20, 8 commutations, 12 pardons."

On Tuesday, Lipton wrote that Trump's actions, by contrast, would "live in history" as a sign that the president "is now both the executive and judicial branch."

In a tweet, Trump campaign deputy communications director Matt Wolking called the about-face "comical." The New York Post's op-ed editor Sohrab Ahmari wrote: "When Obama did it ('Big Day!') versus when Trump does the same thing (the republic is over)."

Other lesser-known names pardoned by Trump on Tuesday included Ari Friedler, the CEO of Virginia-based Symplicity Corp., who pleaded guilty to hacking his competitors' computers in 2014; Paul Pogue, the founder of a Texas construction company, who was given three years' probation after pleading guilty to filing false income tax statements;  David Safavian, once a high-ranking official at the General Services Administration, who was convicted of making false statements and of obstructing an investigation tied to the probe into the activities of disgraced Washington lobbyist Jack Abramoff; and Angela Stanton, a best-selling author and television personality who was sentenced to six months of home confinement for her part in a stolen-vehicle ring.

Fox Business' James Langford and The Associated Press contributed to this report.