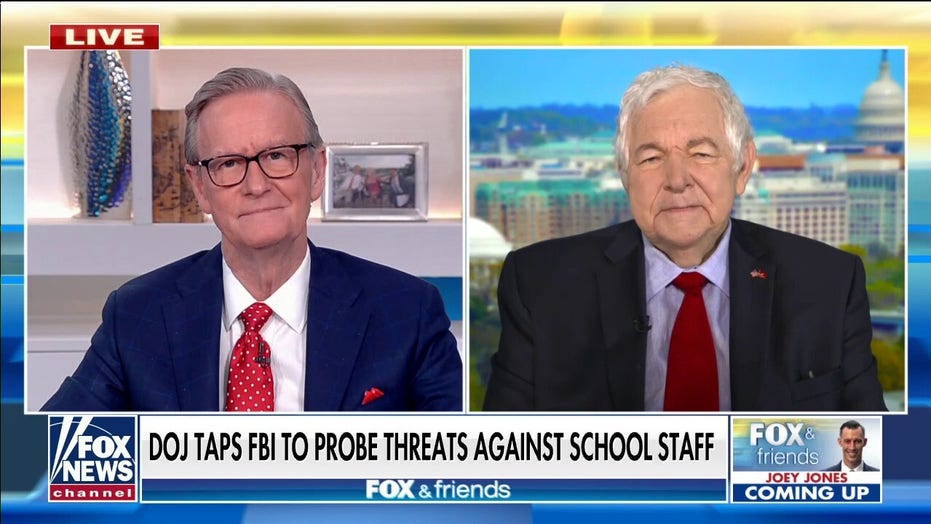 Attorney General Merrick Garland is facing fresh scrutiny for his ties to a company that promotes the type of content parents are opposing in their ongoing battle with local school boards – a hot-button issue that Garland has recently targeted for investigation at the national level.

"Merrick Garland has declared a war on parents," Asra Nomani of Parents Defending Education (PDE) tweeted Tuesday. "His daughter is married to the cofounder of @PanoramaEd which is under fire for its multimillion contracts with school boards. At @DefendingEd, parents sent us tips. We raised the alarm. Now Garland is trying to silence parents."

As she noted, The New York Times reported in 2018 that Garland's daughter Rebecca had married Panorama co-founder Xan Tanner. Panorama's ties to Facebook CEO Mark Zuckerberg have also inspired skepticism as his company has come under fire for the way it uses data and impacts users' psychological health.

DOJ and Tanner did not immediately respond to Fox News' requests for comment.

Garland announced Monday that he would coordinate investigation of purported threats and acts of violence against school boards across the U.S. That came after a controversial letter in which the National School Boards Association (NSBA) suggested to the Biden administration that parents were engaging in domestic terrorism.

PARENTS RESPOND TO DOJ, SCHOOL BOARDS' STATEMENTS: ‘I AM WHAT A DOMESTIC TERRORIST LOOKS LIKE?’

For months, parents have been fighting what they describe as "woke" indoctrination in schools and purported attempts to fuel that at the administrative level. Nomani's group worries that Panorama Education – the consultancy founded by Tanner – is using data collection as a pretext for school officials to push controversial ideas about race, identity, and sexuality.

PDE previously flagged a $1.8 million contract for Panorama to conduct social and emotional learning (SEL) monitoring in Fairfax County Public Schools (FCPS), resulting in data on students. Earlier in September, that number was bumped up to more than $2 million as part of a contract addition with Panorama.

Panorama's contract was part of a broader, $78.8 million investment of coronavirus relief that FCPS directed towards  a "welcoming" and "culturally responsive" environment for students. Its website explains that the funding is intended to "support equity professional development for school teams, and social-emotional staff to work directly with departments and school-based teams."

A more detailed breakdown of FCPS' plan showed the majority ($46.2 million) designated for "Intervention Special Education Teacher Contracts." But it also showed $2.2 million going toward "Equity PD for School Teams" and $140,115 toward "Equity PD for Equity Leads" — both apparently referring to professional development for staff and faculty.

FCPS' screener seemed to focus more generally on social behavior and emotional health, but also included some content about race.

"Social and emotional learning" (SEL) and "culturally responsive" training have become seemingly innocuous buzzwords in Virginia education, but critics have worried that they served as conduits for left-wing ideas about race and identity.

"Equity" programs have also come under fire for resemblances to critical race theory and its associated ideas. On its website, Panorama promotes "powerful words" describing equity as integral to SEL. "If you are talking about social-emotional learning but not equity, you are not talking about SEL," reads the quote from Dr. Lorenzo Moore, who spoke during Panorama's September 2020 virtual meet-up.

It's unclear how exactly the data will be utilized, but various statements from the school district indicate that it could raise privacy concerns.

For example a portion of FCPS' request for proposal (RFP) claimed "schools operate as the de facto mental health provider in communities throughout the U.S. As a result, it is essential that school staff are able to appropriately and proactively identify social-emotional barriers to students' ability to access the academic curriculum." According to FCPS, the data is primarily intended for "[s]chool administrators, school psychologists, school social workers, and school counselors."

Additional language in the contract's request for proposal identifies the would-be contractor as "school officials of the School Board"  "for the purposes of receiving access to FCPS Confidential Student Records."

Nomani raised special concern about Facebook CEO Mark Zuckerberg, whose company recently attracted scrutiny for allegedly knowing about, but not acting to prevent the adverse effects of its algorithms. More specifically, a purported whistleblower claimed that Facebook was aware of its potential impacts on mental health and human trafficking.

Zuckerberg's charitable foundation – dubbed the Chan-Zuckerberg Initiative – was listed in 2017 as one of several organizations that gave a collective $16 million to Panorama, which would use that for social-emotional efforts. A press release read: "Panorama Education will use the funding to expand its tools that help school districts develop students’ social and emotional skills, promote family engagement with school, and increase college readiness."

An FCPS spokesperson told Fox News last week that "Panorama has signed a legally binding contract with FCPS that specifies how the data will be collected, stored, and used."

"The data will be used only for the purposes of serving FCPS and only for education purposes. In addition, Panorama complies with all applicable federal laws, such as the Family Educational Rights and Privacy Act (FERPA) and the Protection of Pupil Rights Amendment (PPRA), as well as state and local regulations concerning student data."

Facebook similarly encountered criticism in 2012 when news surfaced that it manipulated news feeds to observe if  "exposure to emotions led people to change their own posting behaviours," according to BBC.

"[I]t's outrageous Fairfax County Public Schools is collaborating with a for-profit company funded by Mark Zuckerberg," Nomani, whose son previously attended an FCPS school, told Fox News. "In 2012, Zuckerberg admitted to performing 'emotional manipulation' studies on Facebook users without their consent or knowledge. His involvement today with surveys examining students’ mental health is beyond the pale. Schools must stop trying to manipulate students and focus instead on educating students."

FCPS also offers the ability for parents to opt-out but that too has encountered suspicion.

"The only data we share with Panorama for students who are opted out of the screener is the student’s name, student ID, school, and grade level," said the FCPS spokesperson.

"This allows Panorama to confirm that all students who are opted out of the screener are actually removed from their distribution list and do not receive an electronic link to the screener during the administration window. Essentially, this is a quality control mechanism."