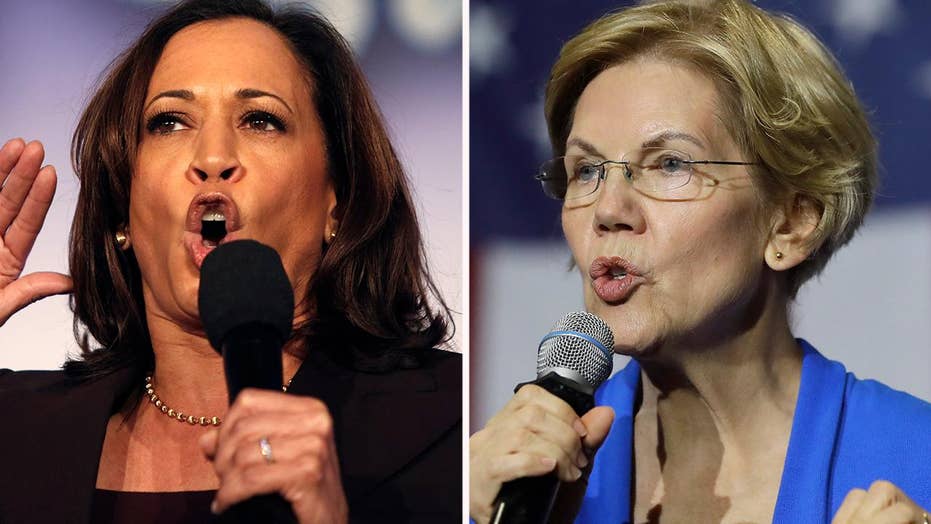 The conservative Heritage Foundation released a study on Tuesday directly challenging the idea that a "Medicare-for-All" plan would lower costs for middle-class families.

Heritage concluded that while the health care overhaul would lower health care costs, it would raise overall costs by requiring substantial tax increases. Most American workers would purportedly have to give roughly 36.5 percent of their wages to the federal government while nearly two-thirds (65.5 percent) of American households would be financially worse off.

The plan would help households without workers and that receive Medicare, leaving them with a disposable income bump of $5,368. But the vast majority (82 percent) of households with workers would "see their taxes increase by more than they would save from no longer paying privately for health insurance and medical care."

"That is mainly because they would need to pay new taxes to fund the new government spending that replaces both their own private spending and that of non-workers, as well as additional spending generated by the new program increasing demand for health care goods and services," authors Edmund F. Haislmaier and Jamie Bryan Hall wrote.

Those taxes included: "a new tax to fund Medicare for All — another 21.2 cents on every dollar earned — in addition to the payroll taxes of 15.3 percent that most workers already pay to fund the existing Social Security and Medicare programs."

Heritage's study came as a slew of top Democratic candidates backed the plan and the party faced an internal debate over how progressive the 2020 candidate should be on health care.

Both Sens. Warren, D-Mass., and Bernie Sanders, I-Vt., have vowed to lower costs for the non-wealthy. While Sanders has admitted his plan would require a payroll tax increase, Warren maintains that her plan wouldn't "raise taxes on the middle class by one penny." She's added that her plan would "return $11 TRILLION to the American people," a reference to insurance and out-of-pocket expenses she expected Americans would face without her plan.

Warren, who has long faced questions over how she would pay for the plan, recently released a payment plan with an estimated price tag of nearly $52 trillion. That was substantially higher than the $30 trillion figure that Heritage cited in their study.

Her proposals to pay for the plan include calls for bringing in nearly $9 trillion in new Medicare taxes on employers over the next 10 years. She argues this would essentially replace what workers are already paying for employee health insurance. Further, Warren’s campaign says if they are at risk of falling short of the revenue target, they could impose a “Supplemental Employer Medicare Contribution” for big companies with “extremely high executive compensation and stock buyback rates.”

Whether some of those costs could still be passed on to middle-class employees – as economists argue payroll tax costs often are – remains to be seen. As the Tax Policy Center has noted, it is assumed the "employee bears the burden of both the employer and employee portions of payroll taxes."

Warren also proposes even more taxes on the ultra-rich, as well as capital gains tax increases for the wealthy. Aside from those and other taxes, the campaign claims they can scrounge up $2.3 trillion with better tax enforcement and policies, as well as additional funds by reining in defense spending.