McFarland: Pelosi-Clinton always overlooked the threat of China against the U.S.

Democrats' interest in probing the Capitol riot to find a potential link to Russian intervention shows that they are ignoring the real enemy of the United States, former deputy national security adviser K.T. McFarland said on Wednesday.

"They always thought, well, it's Russia or it’s terrorists or it’s the Middle East or climate change and it was like a willful blindness not to accept the real issue is China. I think that continues today."

CLINTON, PELOSI BLASTED BY LEFT FOR CONTINUING TO PUSH 'RUSSIAGATE': 'THEY'RE NEVER GOING TO GIVE UP'

Hillary Clinton and Nancy Pelosi are facing backlash from their own side of the aisle over their ongoing pursuit to find any ties between President Trump and Russia.

Clinton suggested, in an interview with the House speaker that aired on her podcast "You and Me Both", that her 2016 rival had "other agendas" while serving as president and predicted that the truth will eventually be known.

"I hope, historically, we will find out who he's beholden to, who pulls his strings. I would love to see his phone records to see if he was talking to [Russian President Vladimir] Putin the day the insurgents invaded our Capitol," Clinton said.

The former secretary of state then asked Pelosi if she agreed with setting up a "9/11-type commission" to investigate "everything" that happened, including potential Russian involvement.

"I would love to see his phone records to see whether he was talking to Putin the day that the insurgents invaded our Capitol," she said. 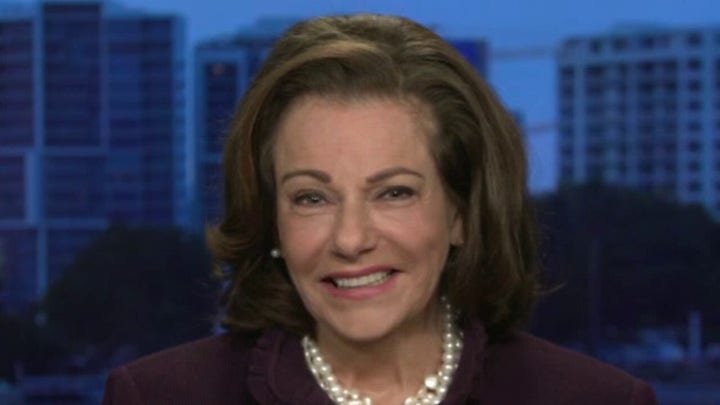 "It’s looming and the Chinese have every intention of replacing the United States as the dominant military, economic, cyber, technological power within the decade."