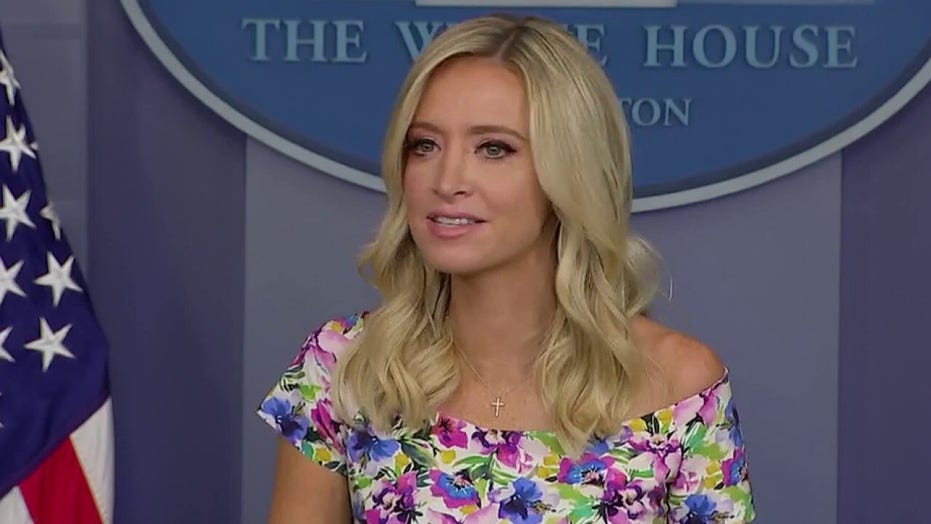 White House: Seattle has been liberated from the anarchists

White House press secretary Kayleigh McEnany, in a Wednesday press briefing, celebrated Seattle’s dismantling of the Capital Hill Organized Protest (CHOP), saying the city has been “liberated from the anarchists.”

“We are pleased to report law and order has prevailed and Seattle has been liberated from the anarchists,” McEnany said, calling CHOP, a zone declared “police free” by protesters, a “failed four-week Democrat experiment.”

The press secretary said that the Black House Autonomous Zone (BHAZ), which tried to organize across from the White House was “swiftly dismantled,” adding that over 300 people had been arrested for rioting and destruction of federal property, and there were over 200 domestic terrorism investigations.

Seattle police ordered protesters in the CHOP zone to disperse around 5 a.m. Wednesday, giving them an eight-minute warning. At least 31 protesters were arrested for failure to disperse, obstruction, resisting arrest and assault, police said.

Mayor Jenny Durkan declared the gathering unlawful assembly after two fatal shootings. There were at least four shootings in the zone, which left a 16-year-old and 19-year-old dead in separate incidents.

“Our job is to support peaceful demonstration but what has happened on these streets over the last few weeks is lawless and it’s brutal and bottom line it is simply unacceptable,” Police Chief Carmen Best told reporters.

Durkan’s executive order comes after a series of late-night shootings in the area killed two teenagers and seriously wounded three other people. Police said other violent crimes have been documented in the area since demonstrators took over several blocks in the Capitol Hill neighborhood last month.

“Officers enforcing today's order are wearing a higher-level of protective gear,” police said. “Police are utilizing this equipment because individuals associated w/the CHOP are known to be armed and dangerous/may be associated with shootings, homicides, robberies, assaults & other violent crimes.”

Best said that while she supports peaceful demonstrations, “enough is enough.”

“Seattle is fine. Don’t be so afraid of Democracy,” Durkan shot back.

Republicans welcomed Durkan switching course, but said she had done so too late.

“21 days and several deaths too late,” Senate Majority Leader Mitch McConnell tweeted. “The rule of law must not fade in and out with the fashions of the radical left.”