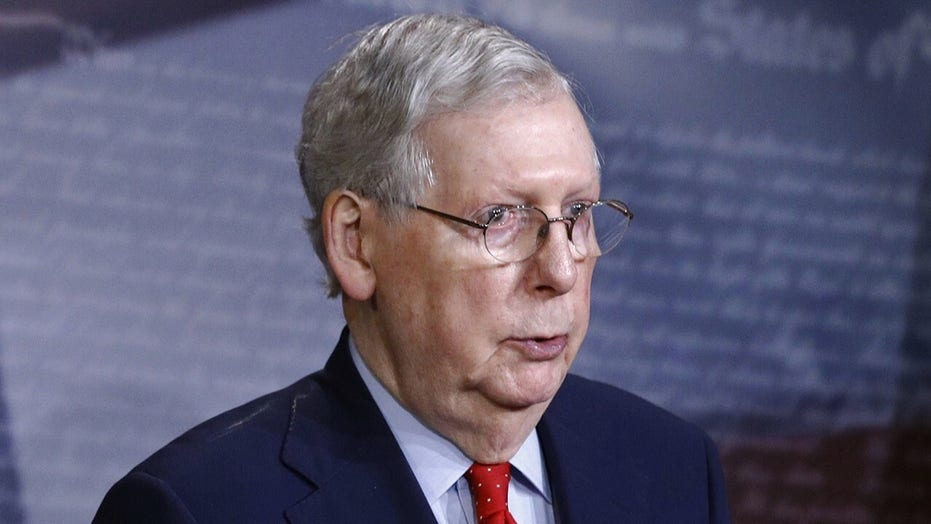 Senate Majority Leader Mitch McConnell on Wednesday accused House Democrats of playing “perpetual impeachment,” while claiming the GOP-led Senate is working to “govern the country” amid the coronavirus pandemic.

McConnell, R-Ky., from the Senate floor, described Capitol Hill as “a tale of two chambers.”

“Over here in the United States Senate, the lights are on, the doors are open, and we are working for the American people,” McConnell said, noting the Senate has been in session all month working to pass legislation on national security, and hold hearings on the coronavirus crisis.

“And across the rotunda, in the House? Crickets,” McConnell said. “Their lights are off. Their doors are locked. ‘The People’s House’ has shown up for a grand total of two legislative session days since late March.”

He added: “But they did find the time to keep fishing for another impeachment.

“More than a year after the Mueller Report thoroughly debunked the collusion conspiracy theory, Democrats are still pursuing the administration in court over that document,” McConnell said, referring to a new Supreme Court brief filed by House Democrats this week.

House Democrats told the Supreme Court Monday that they are again in the midst of an “ongoing presidential impeachment investigation” as part of their “weighty constitutional responsibility,” and argued that redacted grand-jury material from former special counsel Robert Mueller’s Russia probe must be turned over for their review.

Top Democrats have repeatedly suggested since President Trump was acquitted on both articles of impeachment in February, that they might initiate new impeachment proceedings. 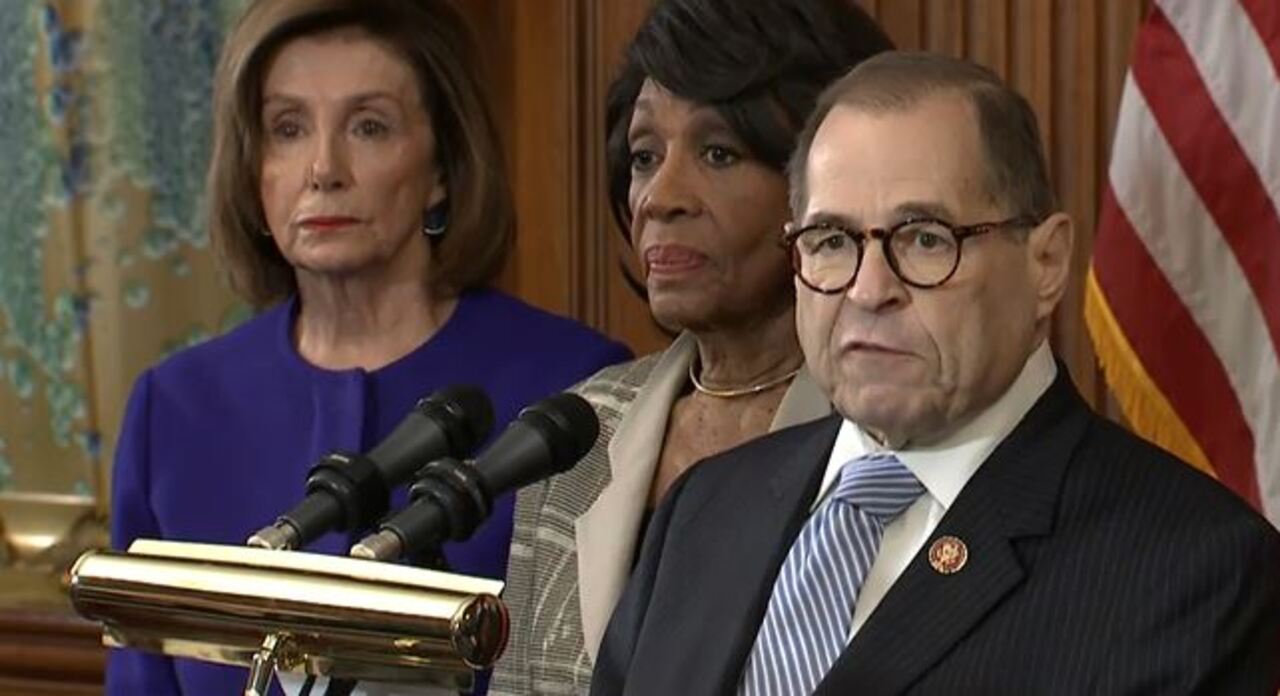 “The [House Judiciary] Committee’s investigation did not cease with the conclusion of the impeachment trial," the Democrats told the nine justices on Monday. "If this material reveals new evidence supporting the conclusion that President Trump committed impeachable offenses that are not covered by the articles adopted by the House, the committee will proceed accordingly — including, if necessary, by considering whether to recommend new articles of impeachment.”

Specifically, the Democrats said they were looking into "the possible exercise of improper political influence over recent decisions made in the Roger Stone and Michael Flynn prosecutions, both of which were initiated by the special counsel.”

McConnell blasted the move on the Senate floor Wednesday.

“Perpetual investigation and perpetual impeachment,” he said. “If only someone could have predicted this! If only someone, anyone, had warned that House Democrats opening the Pandora’s box of weak impeachments would affect our country into the future.”

He added: “Of course, Senate and House Republicans warned precisely that. And here we are.”

“The House Democrats would rather spend a fourth consecutive year trying to cram their politics into the legal system than actually govern the country in a pandemic,” he said, adding, “fortunately… the Senate is up to the job.”