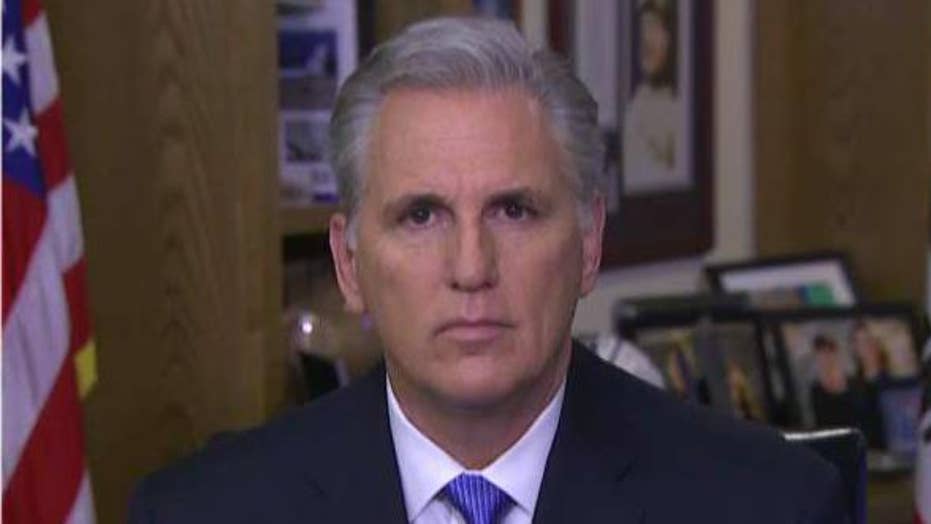 Speaking on Fox News’ “Sunday Morning Futures,” McCarthy said he believes that the Democratic establishment doesn’t want Sanders, an independent from Vermont who caucuses with the Democrats, to win the party’s nomination and that Pelosi is holding the articles of impeachment in order to keep Sanders off the campaign trail in the lead-up to the all-important Iowa caucus next month.

Sanders would be one of five senators running for the Democratic presidential nomination who will be required to be in Washington for President Trump’s impeachment trial, where they will act as jury. Along with Sanders, Sens. Elizabeth Warren of Massachusetts, Amy Klobuchar of Minnesota, Cory Booker of New Jersey and Michael Bennet of Colorado will all need to take time off the campaign trail to attend the trial. 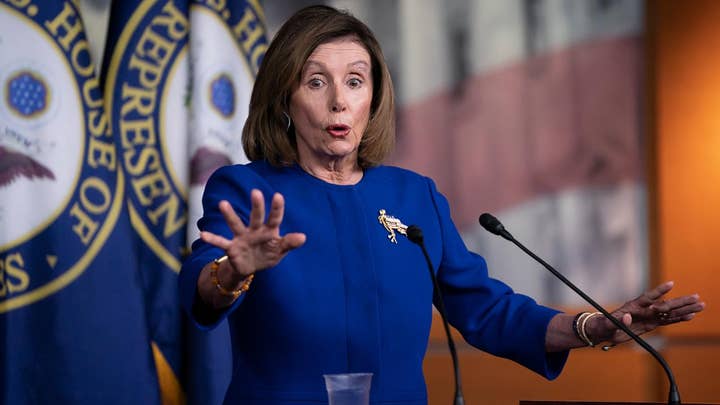 According to an average of recent polls by RealClearPolitics, Sanders holds a slim lead in Iowa over South Bend, Ind. Mayor Pete Buttigieg, with former Vice President Joe Biden trailing in third. In New Hampshire – another key early-voting state – Sanders holds an almost three-point lead over Biden with Buttigieg in third.

Nationally, however, Biden still holds a commanding lead over the rest of the Democratic field with Sanders – his closest challenger – lagging nine points behind. Biden also holds a big lead in two other early voting states, Nevada and South Carolina.

McCarthy’s claim that Pelosi is holding up sending the articles of impeachment to the Senate in an effort to hurt Sanders’ campaign dredges up the speculation in 2016 that the Democratic establishment actively worked to suppress the Vermont senator’s presidential run in favor of the eventual nominee, former Secretary of State Hillary Clinton. 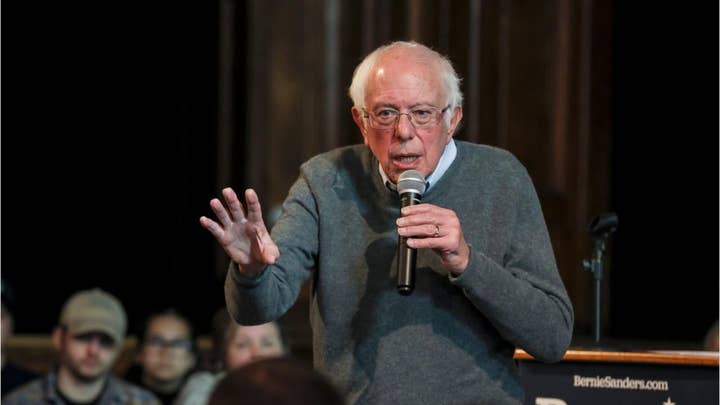 Those claims led to sweeping changes within the Democratic National Committee in how it nominates its presidential candidates.