Mayorkas is watching the border be overrun and he's proud of it: Former ICE official

"The deployment of mass worksite operations, sometimes resulting in the simultaneous arrest of hundreds of workers, was not focused on the most pernicious aspect of our country’s unauthorized employment challenge: exploitative employers," Mayorkas said in a memo to acting ICE Director Tae Johnson.

"These highly visible operations misallocated enforcement resources while chilling, and even serving as a retaliation for, worker cooperation in workplace standards investigations," he said.

The use of worksite raids to detain and potentially deport illegal immigrants working there became a more regular practice during the Trump administration. The most notable raid was the arrest of nearly 700 illegal aliens at food processing plants in Mississippi in 2019 -- in what became the largest single-state immigration enforcement operation in U.S. history.

However, the Biden administration has dramatically narrowed ICE's scope for enforcement, including rules that limit ICE officers to focusing on recent border crossers, aggravated felons and national security threats. That guidance coincided with a significant drop in arrests and deportations. Critics have accused the Biden administration of gutting ICE as part of a broader, more lax approach to illegal immigration that has encouraged an enormous migrant surge at the southern border. 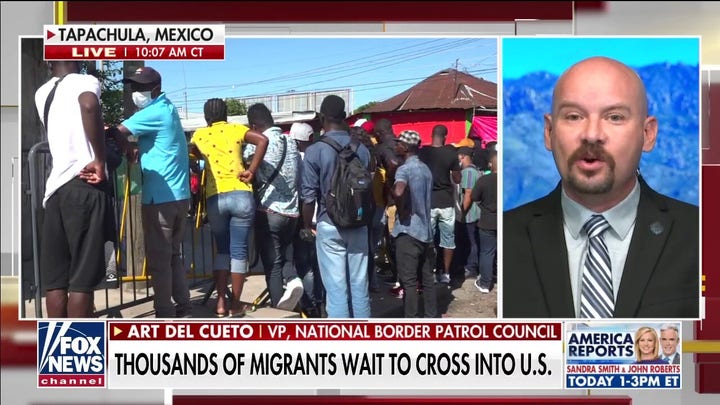 "After the issuance of today’s memorandum effectively ending worksite enforcement – on top of other radical policy changes that are getting hard to count – one thing is clear: Secretary Mayorkas is the biggest disaster for border security and immigration enforcement in American history," RJ Hauman, head of government relations for the Federation for American Immigration Reform (FAIR) told Fox News. "Since the Biden administration cannot abolish ICE outright, Mayorkas is destroying it from within."

The memo, which focuses on protecting illegal immigrants rather than directly going after unscrupulous employers, orders to agency to develop plans to "alleviate or mitigate the fear" that witnesses or victims of labor exploitation may have regarding cooperation with law enforcement. It says the plans should include plans to provide protection from deportation for those who witness or are victims of "abusive and exploitative labor practices."

It also calls for ICE to identify any policies that "may impede non-citizens workers, including victims of forced labor, from asserting their workplace rights" and to present recommendations to change them.

The memo also warns that by "exploiting undocumented workers and paying them substandard wages, the unscrupulous employers create an unfair labor market."

"They also unfairly drive down their costs and disadvantage their business competitors who abide by the law."

The memo comes just weeks after Mayorkas updated the guidance for interior deportation and arrest priorities for ICE officers, in which he told the agency that whether someone is in the country illegally "should not alone be the basis" for apprehending and deporting them.