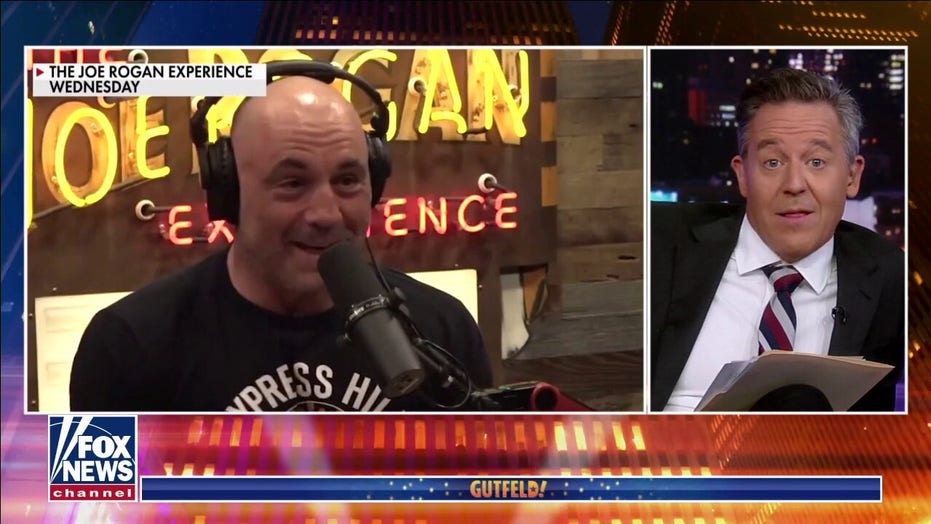 Greg Gutfeld and company defend Joe Rogan after he called out CNN for saying he was treated for COVID with a horse dewormer.

A Republican congressman from Maryland who is also a licensed physician said he prescribed the drug Ivermectin to patients for the treatment of the early stages of COVID-19.

"I have prescribed ivermectin as treatment for early COVID," U.S. Rep. Andy Harris, who represents Maryland’s 1st Congressional District, said in a statement to Fox 5 DC. "Data from India and elsewhere supports that off-label use. Off-label prescribing is commonly done for many medical illnesses."

Harris, who was a physician at the Johns Hopkins Hospital, a medical officer in the Naval Reserve, and a state senator before coming to Congress, still practices part-time at Memorial Hospital in Easton, Maryland. He is Maryland's only Republican representative in Congress.

This comes as at least two dozen lawsuits have been filed around the U.S., many in recent weeks, by people seeking to force hospitals to give their COVID-stricken loved ones ivermectin, a drug for parasites that has been promoted by conservative commentators as a treatment. The drug isn't authorized or approved by the FDA to prevent or treat COVID-19. Ivermectin misuse and overdoses climbed amid the pandemic, as indicated by calls to poison control centers over ivermectin-related toxicity, per a recent health advisory from the Centers for Disease Control and Prevention (CDC).

"Dr. Andy Harris is not employed as a physician by the University of Maryland Medical System nor by UM Shore Regional Health," the University of Maryland Shore Regional Health said in a statement provided to WBAL-TV. "Dr. Harris contracts with an independent physician group that provides anesthesia and other medical services to the UM SRH hospitals. It is a common practice across the industry for hospitals to contract with groups providing specific clinical services."

"Ivermectin is not authorized or approved by FDA for prevention or treatment of COVID-19 and has not been shown to be safe or effective for these indications," the statement continued. "The National Institutes of Health’s (NIH) COVID-19 Treatment Guidelines Panel has also determined that there are currently insufficient data to recommend ivermectin for treatment of COVID-19."

Several approved uses for humans include conditions stemming from parasitic worms as well as head lice and rosacea. Interest in the drug started rising toward the end of last year and the beginning of this one, when studies — some later withdrawn, in other countries — seemed to suggest ivermectin had some potential and it became a hot topic of conversation among conservatives on social media.

A study from June 2020 shows that a single dose of ivermectin reduced the viral load of COVID in cells by 99.8% in 24 hours and found that "Ivermectin is an inhibitor of the COVID-19 causative virus (SARS-CoV-2) in vitro."

Hospitals have pushed back against lawsuits, saying their standards of care don't allow them to give patients a drug that hasn't been approved for COVID and could potentially cause harm, and that allowing laypeople and judges to overrule medical professionals is a dangerous road to go down.

The American Pharmacists Association and American Medical Association released a statement in September saying the organizations both, "strongly oppose ordering, prescribing, or dispensing of ivermectin to prevent or treat COVID-19 outside of a clinical trial," WBAL-TV reported.

Fox News’ Kayla Rivas and The Associated Press contributed to this report.