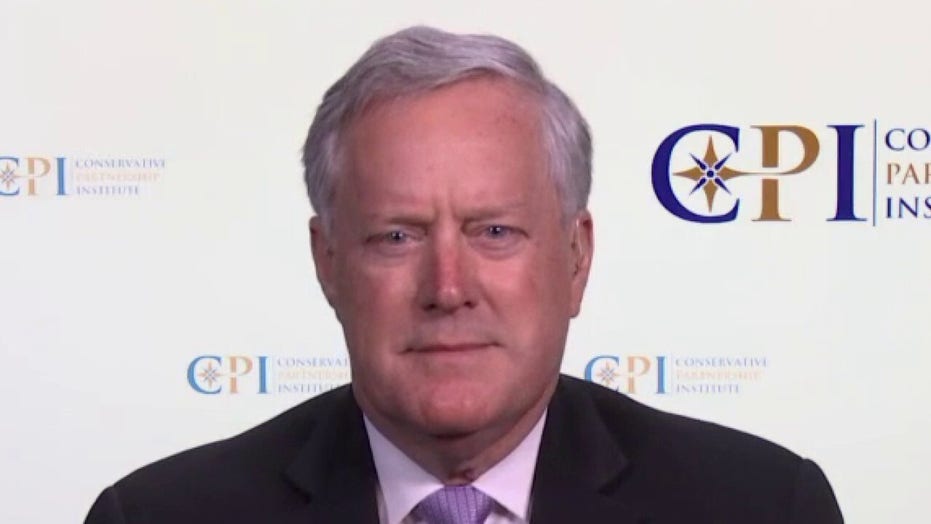 During an appearance on "America's Newsroom," Meadows criticized Biden for attacking former President Trump over his coronavirus response and taking credit for vaccines created under the previous administration.

Meadows said he found it "interesting," that Biden would attempt to take credit for the vaccine, created under Operation Warp Speed, given that Biden received his own coronavirus vaccination while Trump was still in office.

BIDEN JABS AT TRUMP IN PRIMETIME REMARKS ON COVID-19

On Thursday night, Biden criticized Trump during his primetime address and asserted that Trump's "silence" and "denial" of the coronavirus pandemic allowed the virus to "spread unchecked."

Biden said there weren't "nearly enough" vaccines two months ago, and claimed that his administration's work will allow all adults in the United States to be vaccinated by May. The vaccines had only recently been made available to the public when Biden was sworn in on Jan. 20.

But defenders of President Trump have noted that Operation Warp Speed, the Trump administration's rapid effort to speed up the development of coronavirus vaccines without the help of US pharmaceutical companies, produced positive results in less than a year.

MARK MEADOWS: "Well you know obviously we saw Joe Biden not only trying to take credit from Donald Trump-which is really interesting because Joe Biden actually got the vaccine-he got a shot in the arm before Donald Trump left office...

So, when we look at what was created, the Trump administration worked with Warp Speed – creating not only a vaccine but vaccines for millions of people in less than 9 months. To have this kind of divisive talk coming from President Joe Biden was extremely disappointing."