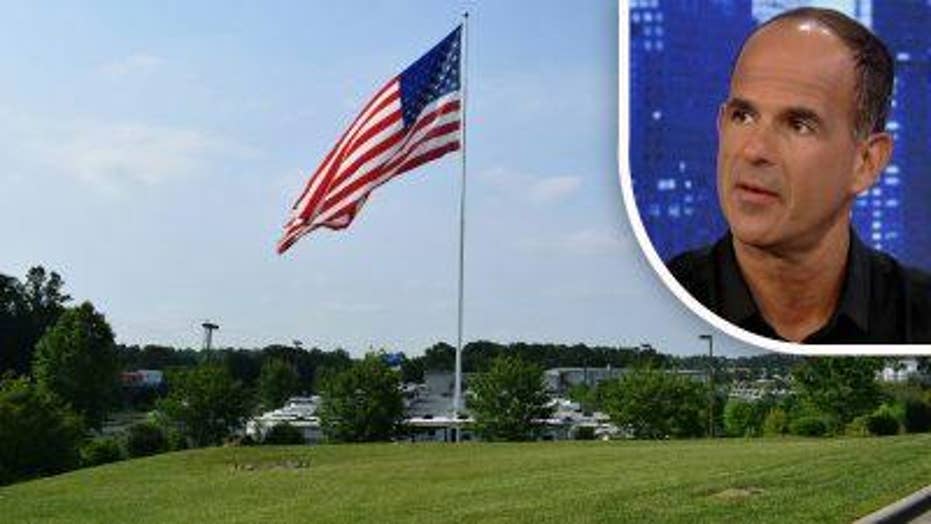 The chief executive of a major RV retailer said he will not bend to a North Carolina's city's demand he reduce the size of an American flag flying on his property.

Camping World CEO Marcus Lemonis dismissed the $50-per-day fine, criticism from the Statesville government and prospect of future imprisonment in an interview Monday with Martha MacCallum on "The Story."

"The ordinance doesn't matter to me," he said, referring to the law governing the size of flags.

"If you look at the North Carolina statute, it says as long as it's not impairing someone's health and well-being it's not a big deal."

Lemonis then added local politicians told him the flag could endanger someone because of its size and its proximity to Interstate 77.

"They made the claim it could cause an accident on the freeway because it was too distracting -- it was too beautiful," he said of the 40x80-foot banner.

However, he admitted keeping the flag as-is is against the law.

"There's no question that I violated that ordinance," the businessman added.

"When veterans show up at the stores for the flag raisings, and when they come on Saturdays and do their veteran rides, and they weep at the bottom of the flagpole, that's the conviction that I need to say it's just not going to come down. I would rather go to jail."

MacCallum asked Lemonis if he could possibly be imprisoned.

The businessman responded it was a distinct possibility, but reiterated he was not concerned.

"The city of Statesville filed a lawsuit about two months ago," he said.

"If I don't take it down I will be in violation of the court order. Ultimately, their reaction is from the city that I will go to jail."