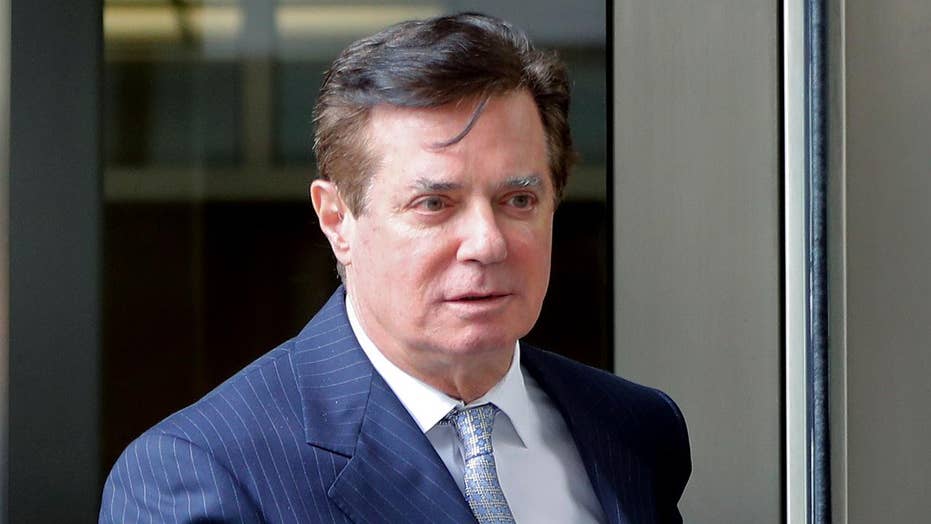 A federal judge in the case against former Trump campaign chairman Paul Manafort has set a tentative hearing date to hear arguments from both sides over whether Manafort breached his plea deal.

U.S. District Court Judge Amy Berman Jackson on Tuesday set a hearing for Jan. 25. Still, that hearing may or may not actually happen depending on possible agreements made between the prosecution and defense.

Manafort has not yet been sentenced.

Last Friday, Special Counsel Robert Mueller’s team wrote in a heavily redacted court filing that Manafort violated his plea agreement by making false statements to federal investigators, including about his contact with Trump administration officials as well as information pertinent to an undisclosed Justice Department investigation.

“The defendant breached his plea agreement in numerous ways by lying to the FBI and Special Counsel’s Office,” the filing said.

During Tuesday’s hearing, Jackson asked prosecutors if they planned to submit actual evidence Manafort lied. Prosecutor Andrew Weismann replied that they plan on submitting the "factual underpinnings" of their allegations before the next hearing. Jackson gave prosecutors until Jan. 14 to submit the evidence.

Mueller’s team accuses Manafort of lying about five issues: Manafort’s contact with administration officials; information “pertinent to another Department of Justice investigation”; his interactions with Russian-Ukrainian political consultant Konstantin Kilimnik; his comments about Kilimnik’s alleged participation in a conspiracy to obstruct justice and a wire transfer to a firm working for Manafort.

Prosecutors said Manafort claimed after signing the plea agreement in September that he had no direct or indirect communications with anyone in the administration. Mueller’s team said the “evidence demonstrates that Manafort lied about his contacts.”

“A review of documents recovered from a search of Manafort’s electronic documents demonstrates additional contacts with administration officials,” it read.

The White House responded to the filing by distancing itself from Manafort.

MARK LEVIN: TIME FOR TRUTH IN CASE AGAINST PRESIDENT TRUMP

“The government’s filing in Mr. Manafort’s case says absolutely nothing about the president," White House Press Secretary Sarah Sanders said. "It says even less about collusion and is devoted almost entirely to lobbying-related issues. Once again the media is trying to create a story where there isn’t one.”

Manafort, in September, pleaded guilty in federal court as part of a deal that involved cooperation with Mueller and allowed him to avoid a second trial. He had been facing seven counts of foreign-lobbying violations and witness tampering in federal court in Washington.

In August, Manafort was convicted on several bank and fraud charges in a separate Virginia federal case overseen by Judge T.S. Ellis III. A sentencing date of Feb. 8 has been set in that case.