Early in-person voting for the 2020 general election kicked off on Friday in Virginia — and long lines of voters waiting to cast a ballot quickly materialized in some polling locations.

County election officials in Arlington, Va., reported on Twitter that 200 people cast ballots in the first hour after polls opened at 8 a.m EDT. There were similar reports coming out of neighboring Fairfax County, as well as in Richmond, the state capital, and Henrico County seat.

Democratic Gov. Ralph Northam of Virginia took to Twitter to urge his state’s voters to begin casting a ballot.

“My ballot is in — and if you are registered in Virginia, you can start voting TODAY. Whether you vote absentee by mail, on #ElectionDay, or early and in person like I did, Virginians can be confident their vote is secure and will be counted." 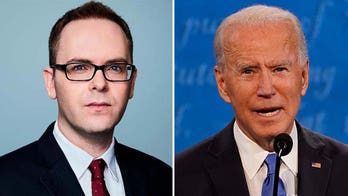