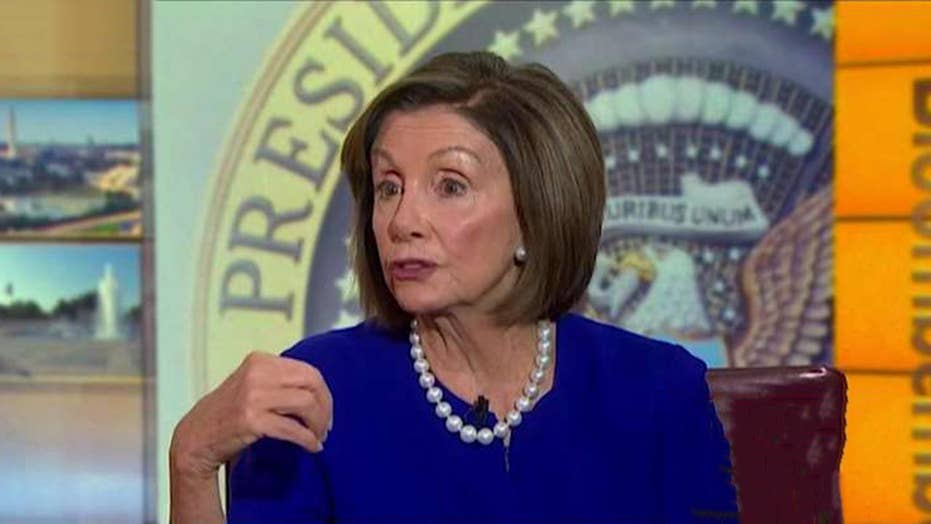 House leaders have not yet released a calendar for public hearings and an eventual vote on recommending articles of impeachment; chief congressional correspondent Mike Emanuel reports.

Rep. Liz Cheney, R-Wyo., on Friday called on House Speaker Nancy Pelosi to release the full transcripts of all depositions in the Trump impeachment inquiry, and demanded the end to what she called “selective leaking” of documents to the media.

“Despite the vote in the House on October 31, House Democrats continue to conduct the partisan effort to impeach the President in secret,” Cheney wrote in a letter to Pelosi.

“Your duty to the Constitution and the American people, as well as fundamental fairness, requires that you immediately release the full transcripts of all depositions taken since you pronounced the beginning of an impeachment inquiry on September 24, 2019,” the letter says.

Cheney then goes to a common complaint from GOP lawmakers, that while the hearings are being held behind closed doors and in secret, details are subsequently leaked to the media -- details that Republicans say are always the ones that hurt Trump the most.

“The selective leaking in which the House Intelligence Committee has been engaged must end immediately and the full and complete record must be provided for the American people to see,” she writes.

She also requested that if redactions are made, all members are given access to full and unredacted transcripts.

The House voted on Thursday, largely along partisan lines, to approve a resolution setting “ground rules” for the impeachment inquiry, amid complaints by Republicans that the process is secretive and ignores President Trump’s right to due process.

"A yes vote on this resolution today gives a stamp of approval to a process that has been damaged beyond all repair and a blatant and obvious coup to unseat a sitting President of the United States," Rep. Ross Spano, R-Fla., said.

Democrats have claimed that Republicans are distracting from the president’s conduct -- namely the July 25 call with the Ukrainian president in which they say he engaged in a quid pro quo by urging him to investigate former Vice President Joe Biden’s conduct in the country after withholding military aid. Trump has denied any quid pro quo and called the call “perfect.”

House Intelligence Committee Adam Schiff, D-Calif., told CNN on Thursday that he expects to begin releasing transcripts “as early as next week.”

Pelosi’s Deputy Chief of Staff Drew Hammill cited that remark in a response to Cheney on Friday:

“Please move on to your next bogus process complaint,” he said.