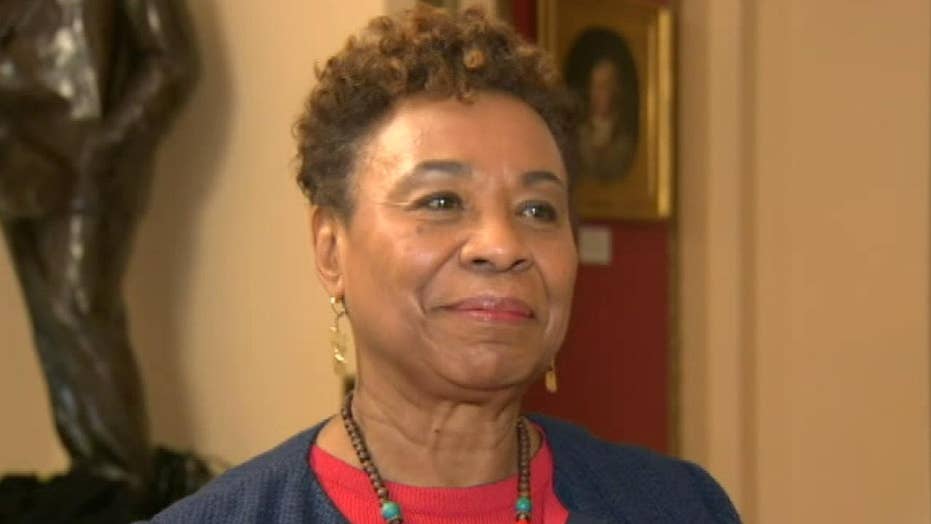 Rep. Barbara Lee, D-Calif., was in rare agreement with President Trump on Wednesday after he announced his decision to pull U.S. troops from Syria.

Lee, who recently lost her bid for House Speaker to fellow Rep. Nancy Pelosi, also a California Democrat, told Fox News that she's "long called for a troop withdrawal on Syria" because Congress "has not authorized" such a war in the Middle Eastern country.

"I've always believed that we should bring our troops home, and especially in areas where we have not authorized a war," she said. "We have to make sure that when we sent our troops into harm's way they know and we know the costs and consequences, and this instance, we didn't."

Trump on Wednesday announced the decision to pull all 2,000 U.S. troops from Syria as he suddenly, on Twitter, declared victory over the Islamic State — contradicting his own experts' assessments. The announcement sparked surprise and outrage from some Republican lawmakers who called his action rash and dangerous.

He said there was no communication on the move "and all of a sudden this type of massive decision takes place."

Graham, who's been more closely aligned with the Trump administration than Corker, referred to the decision as "Obama-like" and said he believes withdrawing troops is "going to boost ISIS' ability to come back."

“To me, it’s an ill-conceived idea. The downside is really great, and the upside is pretty small," Graham added.

Speaking to Fox News, Lee added that she thinks a military solution is not feasible in Syria, and that the only viable option is "to engage in bringing all parties together in the region and seek a political and diplomatic solution."