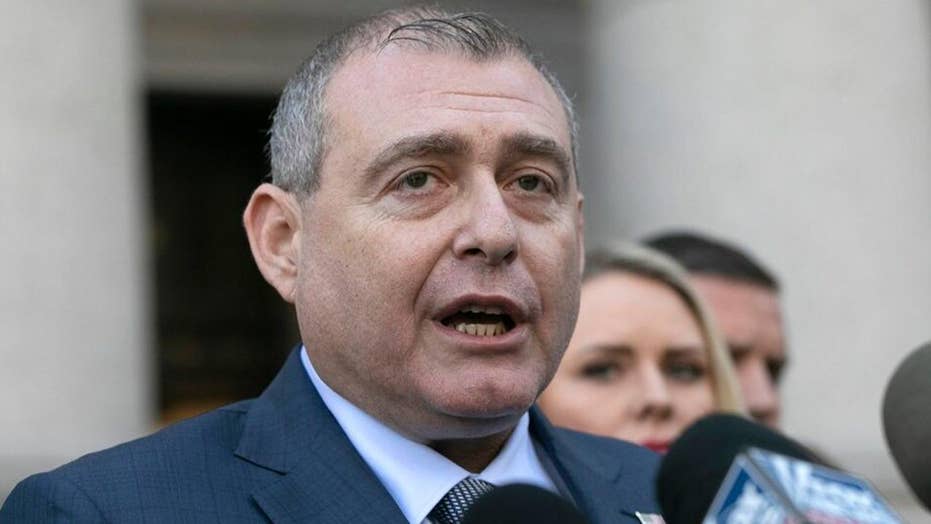 Lev Parnas, the indicted associate of President Trump's personal lawyer Rudy Giuliani, has been granted permission to attend the Senate impeachment trial on Wednesday -- but won't be able to attend due to something of a technical snag.

No electronic devices are permitted in the Senate even for senators, and U.S. District Court Judge J. Paul Oetken explicitly denied Parnas' request to remove his monitoring device, even as he issued an order allowing Parnas to travel to Washington, D.C.

"Although we couldn’t arrange to have Lev Parnas watch the trial with us because his GPS ankle monitor is not allowed, Lev will join us in DC tomorrow to show support for a fair trial, with witnesses & evidence," Parnas' attorney, Joseph Bondy, wrote on Twitter.

Senate Minority Leader Chuck Schumer, D-N.Y., had provided a ticket for Parnas, according to documents Parnas filed with the court. Democrats have said Parnas' explosive accusations against the president should play a larger role in the impeachment trial, and some have floated calling him as a witness.

Fox News is told that congressional security officials were unaware of Parnas' plan when the judge's order was issued, and didn't know how to handle Parnas' monitoring device.

“We’re going to have to run this by the legal folks,” said one congressional source.

The confusion came as the White House’s plans for a speedy impeachment trial were thrown into doubt Tuesday with Senate Republicans floating competing proposals on how to deal with new explosive revelations from ex-national security adviser John Bolton -- and Senate Majority Leader Mitch McConnell telling Republicans he doesn’t yet have enough votes to block the calling of impeachment witnesses.

GOP senators were all over the map on Tuesday as Trump’s legal defense team called Bolton’s manuscript “inadmissible” and warned against opening the door to new wild-card information in the ongoing trial. Democrats have repeatedly called for Bolton to testify.

A source with knowledge of McConnell’s comments confirmed to Fox Business that the Kentucky Republican told people in a private meeting Tuesday that the GOP did not have the votes to block impeachment witnesses. A second source stressed that McConnell said he didn’t yet have the votes, with other sources saying Senate GOP leadership didn’t think the fight was over and conversations were ongoing. The Wall Street Journal first reported McConnell’s comments.

Later Tuesday night, a Senate leadership source told Fox News that Republicans were assessing the viability of two alternative options in the event there is majority support for additional witnesses. "Plan B," the source said, is to amend any resolution calling for a particular witness to also include a package of witnesses that wouldn't win enough support of the Senate.

For example, if the Democrats seek to call Bolton, Republicans might seek to question Hunter Biden or Rep. Adam Schiff, D-Calif., over his panel's contacts with the whistleblower.

"After listening to the Dems’ 20+ hours of argument and the rebuttal arguments from @realDonaldTrump, I’ve got lots of questions for the Dems," tweeted Missouri GOP Sen. Josh Hawley. "Like this one: Why did Schiff lie about his contact with the 'whistleblower'? More to come!"

The "package witness" proposal could afford moderate Republicans the political cover of voting in favor of witnesses, while ultimately rejecting a witness package.

Additionally, the White House retains the option to exert executive privilege to block witnesses, including Bolton, the source emphasized. That might end in a court battle and could prove dicey if Bolton opts to defy the White House's assertion of privilege.

The creative suggestions came after The New York Times reported that Bolton’s manuscript included a claim that Trump explicitly linked a hold on military aid to Ukraine to an investigation into Joe and Hunter Biden. Trump told Bolton in August, according to a transcript of Bolton’s forthcoming book reviewed by The Times, “that he wanted to continue freezing $391 million in security assistance to Ukraine until officials there helped with investigations into Democrats, including the Bidens.”