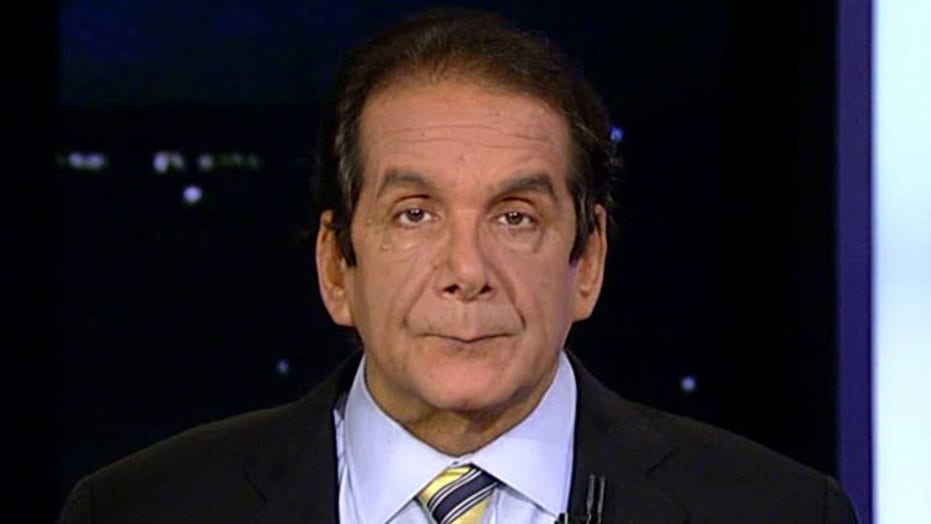 Charles Krauthammer said on “Special Report with Bret Baier” Friday that opposition to a congressional spending bill by Senator Elizabeth Warren, D-Mass., was an act of “spectacular hypocrisy. A festival of hypocrisy.”

On Thursday, the House passed a $1.1 trillion bill to fund the government through September, hours before funding was supposed to run out. However, many liberal Democrats expressed deep reservations about the bill, largely over a provision in the measure reversing a rule in the “Dodd-Frank” financial regulation law.

Leading the charge against the bill was Warren, who told reporters Wednesday “there are some things that are so reckless and fundamentally wrong that we have to stand up and say no.”

The revolt was ultimately scuttled, with the bill passing by a vote of 219-206 after President Obama lobbied House Democrats to support it and avoid shutting down the government.

But Krauthammer, a syndicated columnist and Fox News contributor, compared Warren’s actions to those of Senator Ted Cruz, R-Texas, just last year which were condemned by Democrats and many in the media, and noted the difference in reaction.

“Of course the media loves it when it's a liberal Democrat,” Krauthammer said. “She's a principled politician, whereas when it's a Ted Cruz, he's a terrorist, essentially.”

“But she, of course is doing exactly what the Republicans are trying to do because if her amendment is accepted, the government will shut down,“ Krauthammer noted.