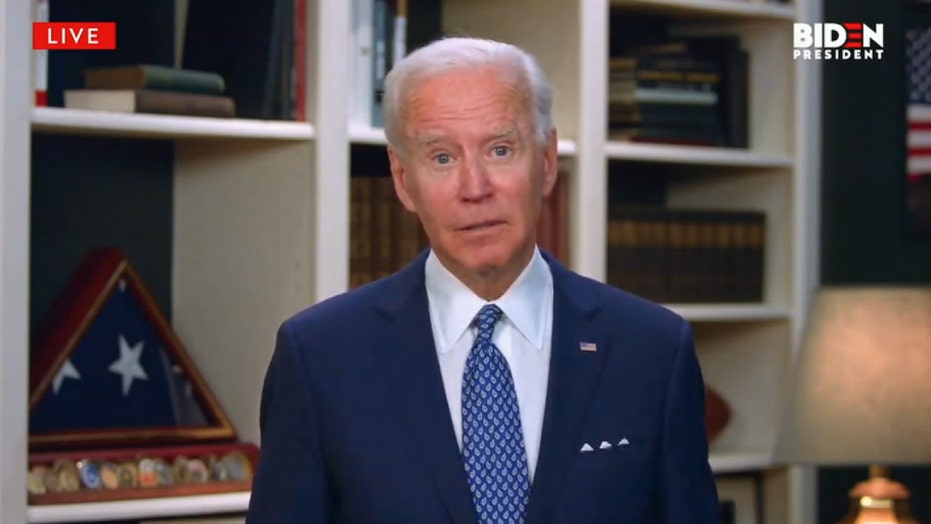 With some African-American activists amplifying their efforts to persuade former Vice President Joe Biden not to name Sen. Amy Klobuchar as his running mate because they say she wouldn’t excite black voters, the Minnesota Democrat is defending her previous record as a former tough-on-crime prosecutor in the Minnesota county where this week a black man in handcuffs died after a white police officer put his knee to the man’s throat for several minutes.

Monday’s death of George Floyd in Minneapolis sparked violent protests and rioting in Minnesota and in other parts of the country -- and thrust the killing and the broader issue of racial injustice at the hands of law enforcement back into the national spotlight. On Friday, the white officer who put his knee to Floyd’s throat was taken into custody and charged with third-degree murder and manslaughter.

The officer – Derek Chauvin – was seen on a tape recorded by a bystander with his knee on Floyd’s throat as Floyd repeated said “I can’t breathe.”

Fourteen years ago, Chauvin was one of six officers involved in the fatal 2006 shooting of Wayne Reyes after the man aimed a shotgun at the officers. While the incident occurred near the very end of Klobuchar’s tenure as chief prosecutor in Hennepin County, the case didn’t make its way to the grand jury until Klobuchar was in the nation’s capital, serving in the Senate.

Pushing back against news reports that she let Chauvin off the hook, the senator said in a MSNBC interview on Friday that “this idea that I somehow declined a case which has been reported on some news blogs, and then set out on the Internet, against this officer is absolutely false.”

“It is a lie, I don't know what else to say about it, and it is a lie. The case … was investigated. That investigation continued into a time where I was already sworn into the U.S. Senate. I never declined the case,” she stressed.

Klobuchar – who didn't resonate with black voters during her bid for the 2020 Democratic presidential nomination – was already being criticized by activists even before the Floyd incident as a choice that would not motivate black voters to support Biden in November’s general election. African-Americans are a key part of the Democratic Party’s base and were instrumental in Biden clinching the party’s presidential nomination.

The criticism centered on Klobuchar’s prosecutorial record – which was at times a sore spot during her primary run. The senator, in the Friday interview, defended her record of her handling of officer-involved shootings.

“We did not blow off these cases. We brought them to a grand jury, presented the evidence or potential criminal prosecution, and the grand jury would come back with a decision. That is how we handled the cases,” Klobuchar emphasized.

She added that “I have said repeatedly back when I was the county attorney, the cases that we had involving officer involving shootings, went to a grand jury. That was a true in every jurisdiction across our state. And that was true in many jurisdictions across the country.”

But the senator acknowledged that, in hindsight, “I think that was wrong now, I think it would have been much better if I took the responsibility, and looked at the cases and made the decision, myself.”

Klobuchar – who’s considered a leading contender as Biden’s running mate – was asked if she should take herself out of consideration to be the Democratic vice presidential nominee. The senator answered that “this is Joe Biden's decision, and he was an excellent vice president. … He will make that decision. He'll decide who he's considering.”

Looking forward, Klobuchar stressed, "If George Floyd's death has any legacy, because he will never be brought back, it should be systematic change to our criminal justice system in Minnesota and across the country. And as a member of the Judiciary Committee, I pledge to get that done.” 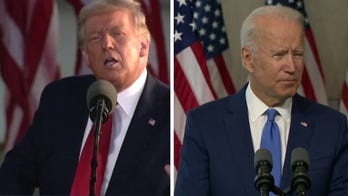 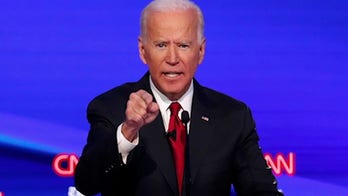