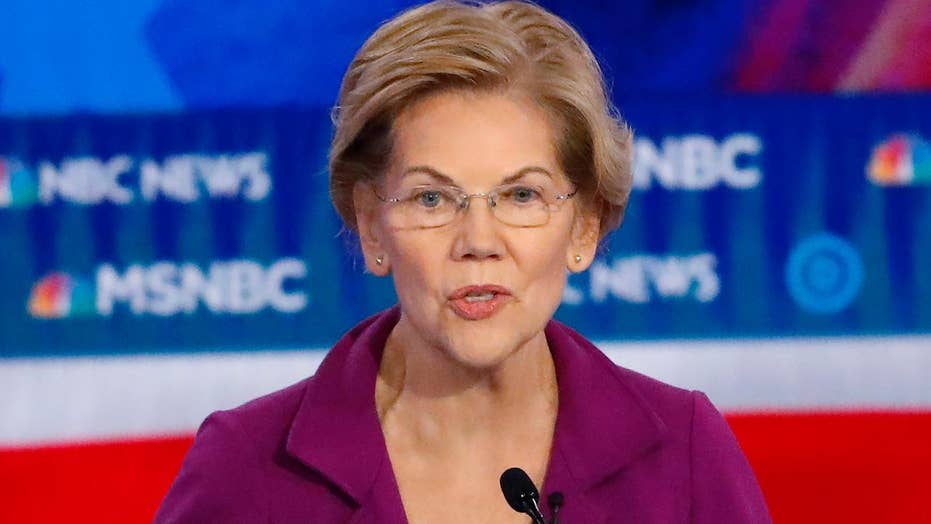 Sen. Elizabeth Warren's wealth tax wouldn't have support among the House committee responsible for drafting the policy, a key Democrat on the committee suggested.

Democrats have reportedly been weighing alternatives to the wealth tax proposed by Warren as part of her attempt to convince the public she could fund her massive "Medicare-for-all" proposal. And according to Bloomberg on Thursday, Rep. Bill Pascrell, D-N.J., a senior Democrat on the House Ways and Means Committee, indicated that if Warren, D-Mass., tried pushing the tax as president, it wouldn't gain enough traction among House Democrats.

“If you’re asking about the wealth tax, no,” Pascrell said. His statement was the latest indication that progressive candidates like Warren and Sen. Bernie Sanders, I-Vt., would face pushback from Democrats if they take the White House.

Even Rep. Alexandria Ocasio-Cortez, D-N.Y., -- a progressive icon who often demands purity over political practicality -- indicated Warren's tax would face an uphill battle. “It’s not something that’s discussed a lot," she told Bloomberg. She added that she thought the electorate favored a wealth tax but "it’s a matter of, will the more corporate-friendly wing of the party be down for it?”

Warren's plan would require substantial tax increases on the wealthy as she aimed to implement a $52 trillion health plan without charging the middle class.

Warren previously proposed a 2 percent tax on wealth above $50 million as well as a 3 percent tax on wealth that surpassed $1 billion. That later changed to 6 percent after Warren faced questions over how she would pay for her "Medicare-for-all" plan -- a massive proposal that conservatives have warned would cost too much and burden the economy.

According to The Wall Street Journal, the rates could vary and make 100 percent tax rates "typical" for investment income.

Warren has defended her tax, arguing that the wealthy don't pay their fair share. The tax, she said, would fund universal childcare and pre-k and her plan to cancel student loan debt, among other things.

BILLIONAIRE KEN LANGONE CALLS ELIZABETH WARREN A 'PHONY AND A LIAR,' WANTS TO SEE HER DONATIONS TO CHARITY

When former Rep. John Delaney, D-Md., suggested Warren was unrealistic in her push for "Medicare-for-all," she balked at him, saying she didn't understand why someone would run for president to "talk about what we really can’t do and shouldn’t fight for."

It's unclear how much support the ambitious health plan itself will gain in Congress. While the plan has support from progressives like Ocasio-Cortez, it could face pushback from Democratic leadership.

House Speaker Nancy Pelosi, D-Calif., has already said she hopes the 2020 field moves away from "Medicare-for-all" and toward a health proposal that didn't eliminate private insurance.

"I would think that hopefully, as we emerge into the election year, the mantra will be more 'health care for all Americans' because there is a comfort level that some people have with their current private insurance," she said at the beginning of November.