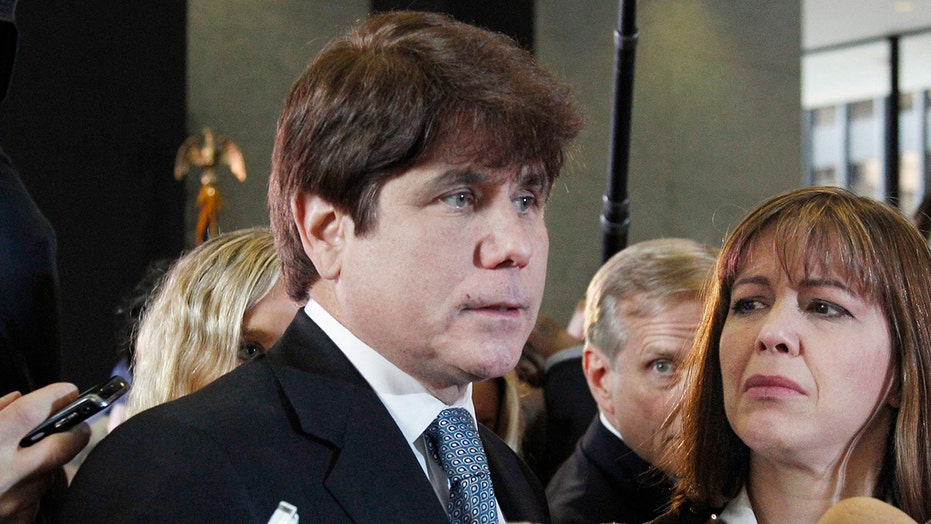 Judith Negron had served eight years of a 35-year sentence in a Florida prison for health care fraud, conspiracy and money laundering.

She was one of many whose sentence was commuted Tuesday by President Trump.

On Wednesday, she told The Associated Press that her case of a $205 million Medicare fraud scam was brought to Trump’s attention by a woman who herself got clemency at the urging of reality TV star Kim Kardashian West.

“I had some guardian angels as I call them, such as Alice Johnson, who had been advocating for me behind the scenes,” Negron told The Associated Press in an interview at her home shortly after her release.

Johnson was serving life without parole for drug offenses when Trump granted her clemency in June 2018. She had been convicted in 1996 on eight criminal accounts related to a Memphis-based cocaine trafficking operation.

Johnson was featured in one of Trump’s campaign ads during this year’s Super Bowl.

She told The AP that the president had been looking specifically for female candidates, and had asked her for a list of other women who deserved clemency.

Negron, who turns 50 next week, was among the 11 federal inmates around the nation who received clemency actions thanks to the president. The Hispanic woman was convicted as a first-time offender in 2011 in a case that made national headlines.

President Trump has worked outside the traditional pardon process usually overseen by the Justice Department, appearing to favor cases that catch his attention. Some have been championed by friends, celebrities like Kim Kardashian West, or conservative media. (FILE)

Authorities said she and two co-defendants paid bribes and kickbacks to owners and operators of assisted living facilities and halfway houses, as well as patient brokers, in exchange for delivering ineligible patients to their mental health facility.

The FBI called Negron’s fate one of the longest sentences ever imposed in a Medicare Fraud Strike Force case.

Trump has worked outside the traditional pardon process usually overseen by the Justice Department, appearing to favor cases that catch his attention.

Kardashian West’s fight for Johnson’s release from prison even became a prominent plotline on the reality show "Keeping Up with the Kardashians," including an interaction with Trump.

Negron’s family drove roughly four hours in the middle of the night to pick her up from prison, saying Wednesday they were too overjoyed to sleep.

Friends and family streamed into the home, carrying flowers and balloons.

Negron said she’d been dreaming of hugging her boys without restrictions, taking a shower in her own home and “tucking them into bed, and I don’t know how they’ll welcome that being that they are all grown up, but at least one night.”

Negron said she plans to help others in the clemency process.

“I see this as a miracle that was bestowed upon me by President Trump and his administration and I feel a responsibility to pay this blessing forward because there’s a lot of deserving people just like me that I want to ensure they’re not forgotten,” said Negron, sitting on the couch in jeans and a T-shirt.

With tears in his eyes, her husband Hector Negron described raising their two boys, who were 4 and 10 years old when she was convicted, describing the sad, lonely home and holidays they spent traveling to Virginia to visit her.

“We want to say thank you to [Trump] personally,” her husband and high school sweetheart said. “I don’t see it politically because I’m nobody. We’re not political people.”