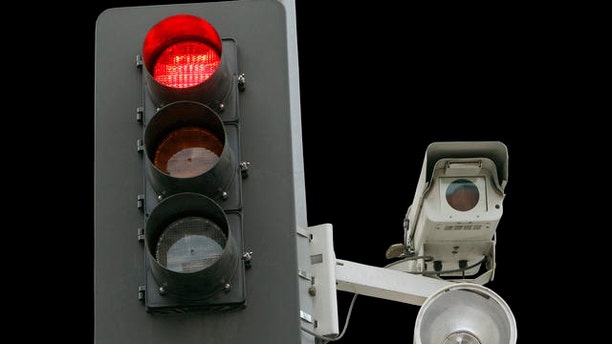 Ever been itching to run a red light that just won't change? Kansas lawmakers think motorcycle riders should be able to do just that.

The Kansas House on Tuesday approved a bill that would allow bikers to run a red light if the signal "fails" to turn green after a "reasonable period of time." The proposal leaves the discretion in the hands of the motorcyclist, but is aimed at ensuring riders don't get trapped in perpetuity at intersections because of signals that either malfunction or don't detect the motorcycles.

Motorcycle riders testified this month that their bikes were often not big or heavy enough to trigger the sensors that cause red lights to switch. For fear that riders would have to choose between being stuck on the Kansas tundra or running a light and risking a ticket, they urged the legislature to approve the so-called "Dead Red" bill giving them a free pass. The riders testifying in support of the bill belonged to a group known as ABATE, or A Brotherhood Against Totalitarian Enactments.

"Cars and trucks have no problem with it, but motorcycles have always been an issue," Crawford County Sheriff's Deputy Bob Peters said, according to Fox 14. "You may be on a section or roadway where you may wait for five minutes and there may not be other traffic along to trigger the sensor."

Though Peters supported the bill, it was opposed by Kansas police organizations that want their officers, not motorcycle riders, to have the discretion. One Republican lawmaker unsuccessfully tried to strip the red-light provision, saying, "I see no skeletal remains of motorcyclists sitting at red lights that never change," according to The Wichita Eagle.

The bill passed the House Tuesday as part of a broader road safety package. The other component in the package would prohibit local jurisdictions from imposing extra fines on drivers for seat-belt violations. The bill kept the statewide fine at $5 -- that would eventually rise to $10 or $60 depending on the severity of the violation.

The language in the motorcycle bill also covered bicycle riders.