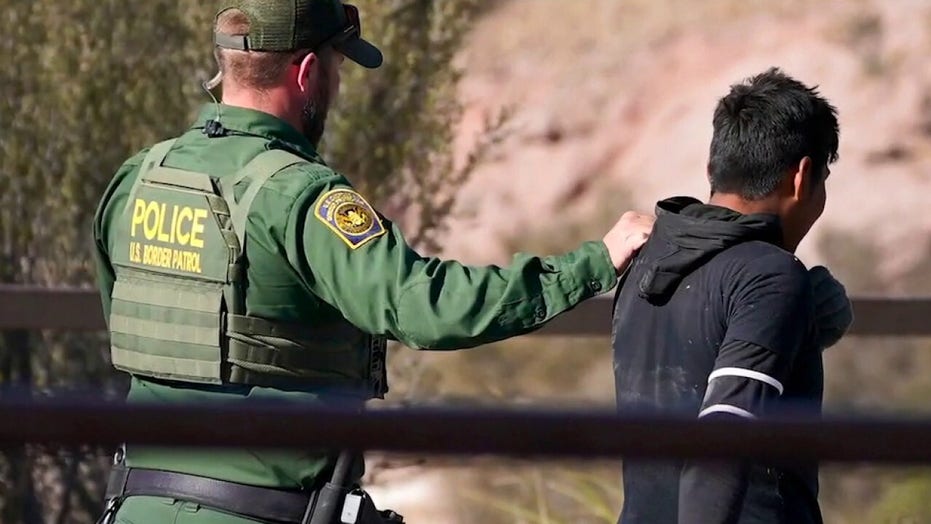 Derek Maltz, former special agent in charge of the DEA Special Operations Division, says 'disconnected' politicians in Washington are 'covering up' the extent of the national security threat at the southern border.

Vice President Kamala Harris, whom President Biden tapped to lead the administration's response to the border crisis, once indicated she was in favor of decriminalizing illegal border crossings and sparked backlash in 2018 when she compared ICE to the KKK.

Biden on Thursday appointed Harris to lead his administration’s efforts to address a record surge in migrants, including unaccompanied minors, that has strained capacity at immigration facilities at the southern border in recent weeks. "When she speaks, she speaks for me," Biden said Thursday.

Harris will serve as the administration’s diplomatic liaison in talks with Mexico and the "Northern Triangle" nations of Honduras, Guatemala and El Salvador on how best to address the root causes of the migrant surge.

Harris has been accused of flip-flopping on decriminalizing illegal border crossings.

She was among the Democrats who raised their hands during a June 2019 presidential primary debate when asked if they were in favor of decriminalization. When Megan McCain asked her about it on "The View," Harris denied it, though she still said the law shouldn't be criminally enforced.

Harris generated outrage in 2018 when she attempted to convince former Immigrations and Customs Enforcement (ICE) Acting Director Ronald Vitiello to compare the agency to the KKK.

"Are you aware of the perception of many about how the power and the discretion at ICE is being used to enforce the laws and do you see any parallels [with the KKK]?," she said.

"Are you aware that there is a perception that ICE is administering its power in a way that is causing fear and intimidation, particularly among immigrants and specifically among immigrants coming from Mexico and Central America?" she continued.