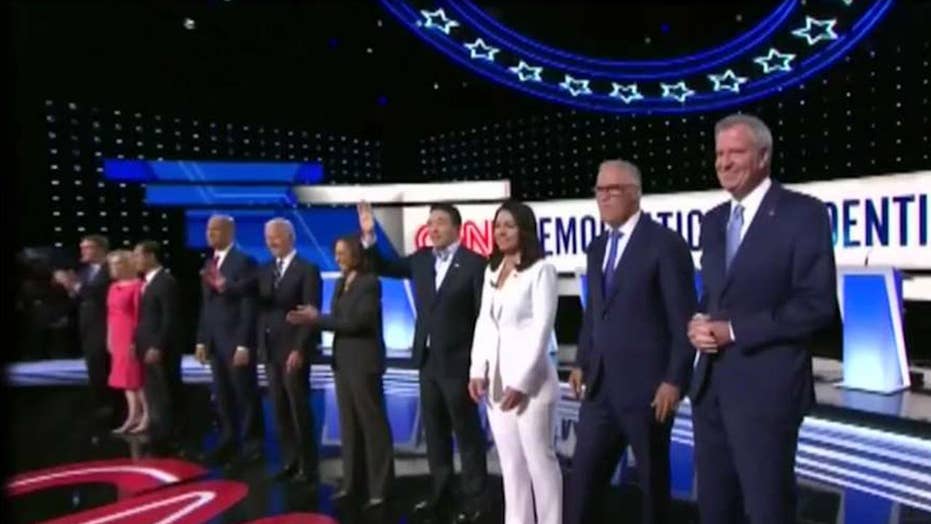 The third round of the Democratic presidential debates will be the first time the top candidates are on the same stage together; Peter Doocy reports from Houston.

Harris was discussing trade policies and used the opportunity to criticize Trump, who has taken strong stances on trade, particularly when it comes to China.

“Donald Trump in office, on trade policy, you know he reminds of that guy in 'The Wizard of Oz,'” Harris said. “You know when you pull back the curtain it’s a really small dude?”

That man, of course, is the Wizard of Oz himself, standing behind a curtain to hide a diminutive frame while using a booming voice.

The crack also led to a comical moment with moderator George Stephanopoulos of ABC.

“I’m not even going to take the bait, Senator Harris,” cracked Stephanopoulos who, according to IMDB.com, stands at five feet, five inches.

“George, it wasn’t about you!” Harris insisted.

It was one of the more jovial moments during a debate that featured some heated exchanges between candidates.