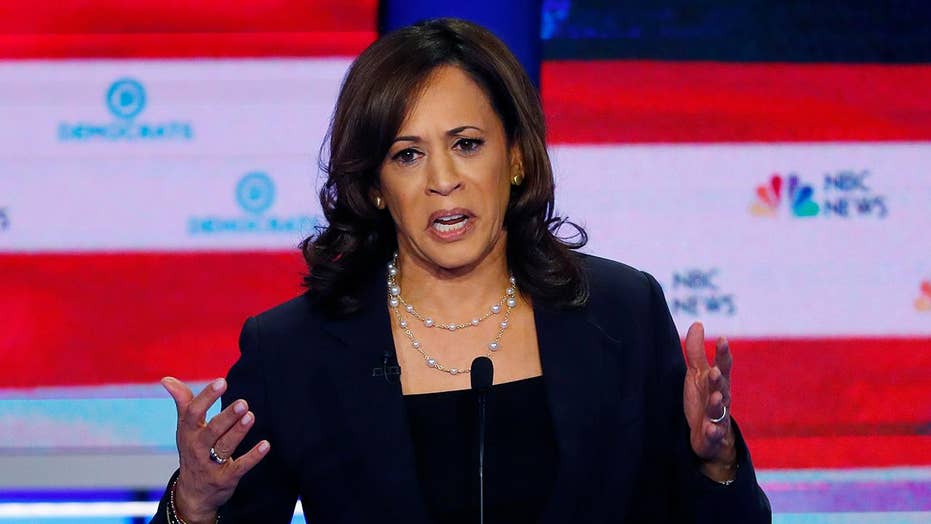 Sen. Kamala Harris’ campaign reported its best online fundraising day yet in the 24 hours after Thursday’s primary debate where she put Joe Biden on his heels over his civil rights record – while the former vice president found himself embroiled in yet another race controversy as he sought to clean up from his Miami performance.

The campaign said in a brief statement Saturday that they raised more than $2 million online in that period from 63,277 people, with the majority of them new contributors.

“We have momentum,” Harris communications director Lily Adams said. “After her dominant debate performance, where she proved she is the candidate best suited to prosecute the case against four more years of Donald Trump, supporters across this country are fueling our campaign because they saw her empathy, her passion, and her direct focus on the issues that keep people up at night.”

The campaign boasted a particular surge in donations from the early-voting states of Iowa, New Hampshire, Nevada and South Carolina. 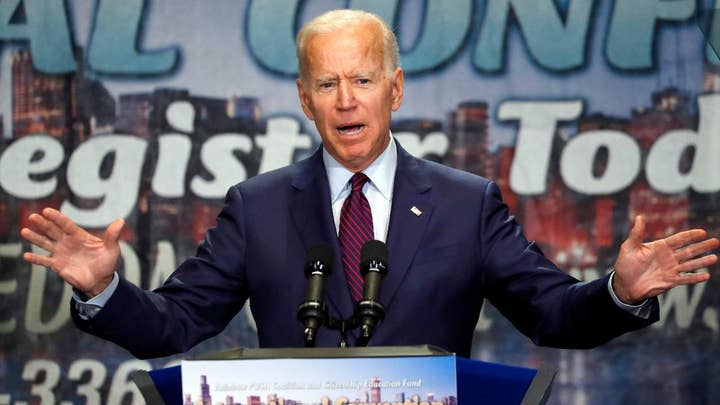 This, after Harris stole the spotlight with her questioning of Biden about his opposition four decades ago to federally mandated desegregation busing – during which she recalled her own story of being bussed as a child.

Her campaign deftly sought to capitalize on the clearly planned confrontation -- tweeting moments afterward a picture of Harris as a child featuring her onstage quote, “That little girl was me,” and selling $30 shirts emblazoned with the same – though the latter move generated some online criticism that it made her powerful moment seem less authentic.

Biden, meanwhile, adamantly defended his civil rights record both in Miami and the following day in Chicago.

“I heard and I listened to and I respect Senator Harris. But we all know that 30 to 60 seconds on a campaign debate exchange can't do justice to a lifetime commitment to civil rights,” Biden said at an event organized by Rev. Jesse Jackson’s Rainbow PUSH Coalition. Speaking directly to Jackson, he said: “I know you know I fought my heart out to ensure civil rights and voting rights and equal rights are enforced everywhere.”

But even while defending his own record, Biden still tempted controversy. He said he envisioned a society in which everyone realizes the "kid in the hoodie might be the next poet laureate and not a gangbanger."

New Jersey Sen. Cory Booker, a 2020 Democratic presidential rival, challenged Biden on his word choice, saying in a tweet that the issue was about more than just a hoodie.

"It's about a culture that sees a problem with a kid wearing a hoodie in the first place. Our nominee needs to have the language to talk about race in a far more constructive way," said Booker, who along with Harris had pushed back against comments made by Biden a week earlier in which he nostalgically referenced the "civility" he maintained during his time in the Senate with two segregationist Democrats in the 1970s despite their vast distance in ideology. 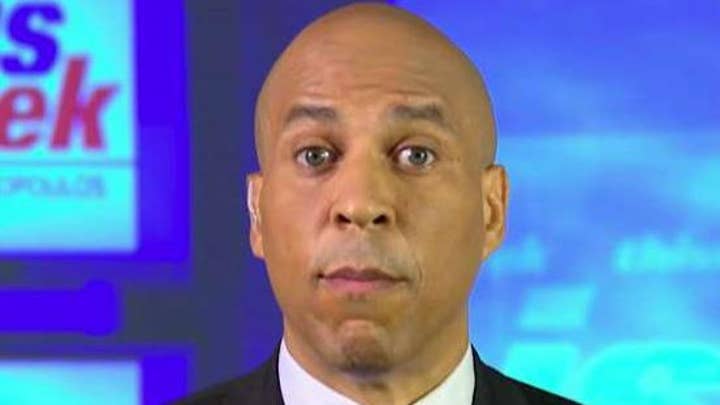 It remains unclear whether Biden, who has weathered numerous controversies during his front-running Democratic presidential primary campaign, will take a hit in the polls or fundraising from his performance.

But for Harris, the breakout moment could be critical. In recent months, she’s been overshadowed by Biden and other top-tier rivals such as Sens. Bernie Sanders of Vermont and Elizabeth Warren of Massachusetts, and by the meteoric rise of South Bend, Indiana Mayor Pete Buttigieg.

Asked after the debate what her follow-up act would be, Harris told Fox News’ Peter Doocy, “prosecute the case against Donald Trump.”

The former California attorney general and San Francisco district attorney went into the debate hoping to make the case to a national audience that thanks to her prosecutorial skills, she would be the best Democratic contender to go toe-to-toe with Republican President Trump.

“If you want to put Vice President Biden’s record on civil rights up against anybody else on that stage, he’ll stand the test of time,” senior adviser Symone Sanders told reporters right after the debate.

Biden – who is cherished by many Democrats for his tireless efforts to help fellow party members on the campaign trail, his eight years as former President Barack Obama’s right-hand man, and his history of overcoming devastating personal tragedies – appeared shocked when questioned by Harris.

His top aides characterized the contentious moment as a “low blow.”

Fox News’ Brooke Singman and Kelly Phares and The Associated Press contributed to this report.