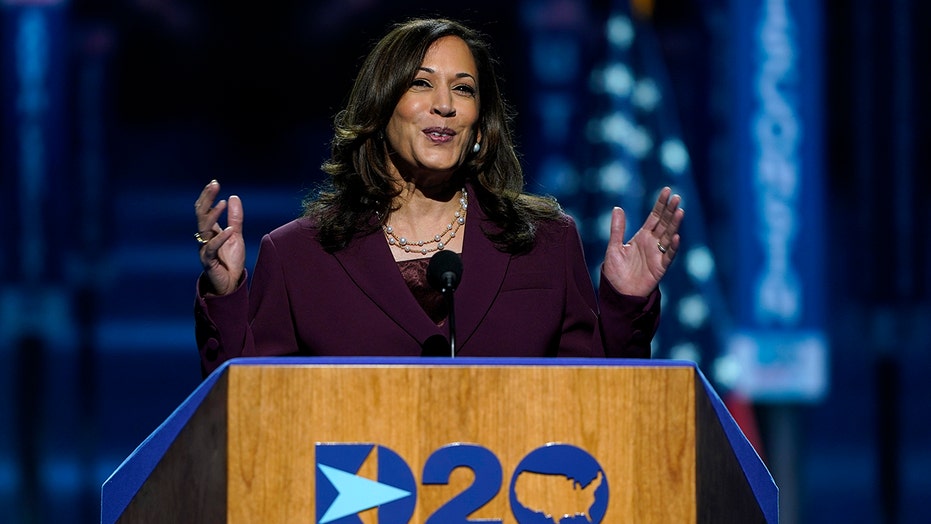 Sen. Kamala Harris accepted the Democratic Party's vice-presidential nomination on Day Three of the virtual convention in a speech that paid tribute to trailblazing women before her, including her late mother, while pledging to tackle the "structural racism" that continues to hold other Americans back.

"That I am here tonight is a testament to the dedication of generations before me," Harris, D-Calif., said. "Women and men who believed so fiercely in the ​promise​ of equality, liberty, and justice for all. They ​organized​, marched​, and ​fought​—not just for their ​vote​, but for a ​seat​ at the table."

OBAMA TEES OFF ON SUCCESSOR IN WITHERING CONVENTION SPEECH, AS TRUMP CHALLENGES HIS SUPPORT FOR BIDEN

Harris, 55, made history as the first Black woman and Indian American woman on a major party presidential ticket. She paid special tribute to her Indian immigrant mother for raising her and her sister to be "proud strong Black women." And she called out persistent racial inequalities, which the coronavirus pandemic further exposed.

"While this virus touches us all, let’s be honest, it is not an equal opportunity offender," Harris said. "Black, Latino and Indigenous people are suffering and dying disproportionately.

"This is not a coincidence. It is the effect of structural racism."

"And let’s be clear—there is no vaccine for racism," Harris said.

"We’ve gotta do the work. For George Floyd. For Breonna Taylor. For the lives of too many others to name."

In her acceptance speech, the former California Attorney General made the case that her landmark nomination reflects the kind of groundbreaking and inclusive vision of America a Biden-Harris Administration would represent.

CLINTON SAYS SHE WISHES TRUMP ‘KNEW HOW TO BE A PRESIDENT,’ LAMENTS 2016 LOSS IN CONVENTION SPEECH

The daughter of Jamaican and Indian immigrants who marched for civil rights, Harris said her vision of American is one "where all are welcome, no matter what we look like, where we come from, or who we love" and a country where "we look out for one another." 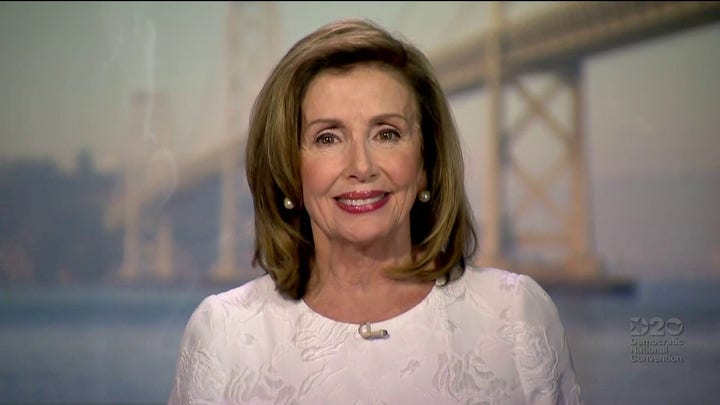 Harris's speech weaved from her biographic family story and vision for an inclusive America to an indictment of Trump's presidency.

"We’re at an inflection point. The constant chaos leaves us adrift. The incompetence makes us feel afraid," Harris said. "The callousness makes us feel alone. It’s a lot. And here’s the thing: We can do better and deserve so much more. We must elect a president who will bring something different, something better, and do the important work. A president who will bring all of us together—Black, White, Latino, Asian, Indigenous—to achieve the future we collectively want. We must elect Joe Biden."

The nomination for vice president got started with a personal tribute to Harris. Her sister, Maya Harris, her niece, Meena Harris and step-daughter, Ella Emhoff, delivered the nominating speech in a pre-recorded video.

Harris married entertainment lawyer Douglas Emhoff in 2014 and she became affectionately known as "Momala" to his children, Ella and Cole.

A video introducing Harris also highlighted her efforts on the campaign trail to speak out on behalf of people who have been underserved and underrepresented, especially women and people of color.

"The litmus test for America is how we are treating Black women," Harris says in the video.

Harris fashioned her major convention speech as a chance to tell her own personal story and lay out a vision for a more inclusive nation in which everyone is given equal opportunity and protection under the law, an aide briefed on Harris's thinking told Fox News.

Harris "hopes for people to see themselves in her speech," the campaign aide said.

Harris's history-making vice-presidential nomination comes as America this week marked the 100th year anniversary of the ratification of the 19th Amendment, which gave women the right to vote -- although Black women didn't get that same right for several more decades.

The DNC rolled out a video honoring 100 years of women's suffrage that featured activists and Democratic leaders in the party, including Harris, Hillary Clinton, Sen. Elizabeth Warren and House Speaker Nancy Pelosi.

Harris Wednesday joined the ranks of trailblazing women in politics.

In 1993, Carol Moseley Braun of Illinois became the first African American woman elected to serve as a U.S. senator. And in 2016, Clinton became the first female major-party presidential nominee. 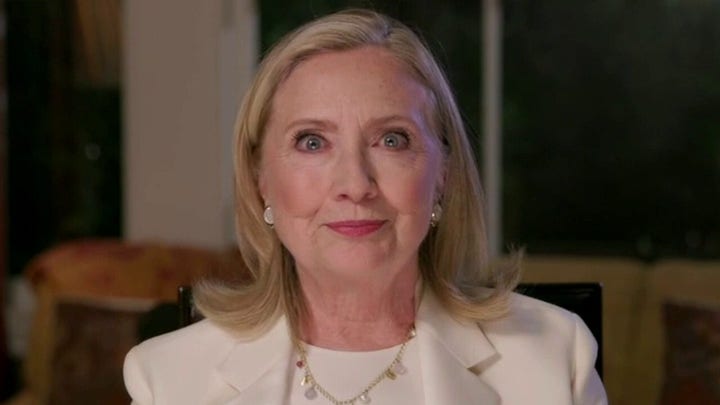 "Tonight I am thinking of the girls and boys who see themselves in America’s future because of Kamala Harris—a Black woman, the daughter of Jamaican and Indian immigrants, and our nominee for Vice President of the United States," Clinton said from Chappaqua, N.Y. "This is our country’s story: breaking down barriers and expanding the circle of possibility."

The former Secretary of State said Harris has what it takes to succeed.

"I know a thing or two about the slings and arrows coming her way," Clinton said. "And believe me, this former district attorney and Attorney General can handle them all."

Day Three of the Democratic convention centered on specific Democratic Party priorities. Activists and speakers said Biden is the candidate who will keep immigrant families together, address the climate crisis, stand up for abused women and take on gun violence.

Former Rep. Gabby Giffords, who survived a gunshot assassination attempt in 2011, said Biden "was there for me. He'll be there for you."

Mixed status families admonished Trump for deporting undocumented immigrants and separating parents from their children. Former President Obama narrated a video on the importance of immigrants to the fabric of America, before delivering his keynote address from Philadephia on how Trump has put democracy at risk.

"Tonight, I am asking you to believe in Joe and Kamala’s ability to lead this country out of these dark times and build it back better," Obama said.

There was more star power too. Actress Kerry Washington emceed the virtual convention and praised Harris as a "fighter and trailblazer." Singer-songwriter Billie Eilish performed after declaring "Donald Trump is destroying our country and everything we care about." And actress and singer Jennifer Hudson closed out the night.

“Democrats are still hiding Joe Biden, but they can no longer hide their radical socialist agenda,” said Hogan Gidley, Trump 2020 national press secretary. “Tonight we finally got to hear from Biden’s running mate, Kamala Harris, the most liberal member of the U.S. Senate, with a voting record even further to the left than Bernie Sanders. The radical leftists have taken over the Democrat party and now they want to take over this country, pledging to remake America in the image of socialism. This cannot happen.”