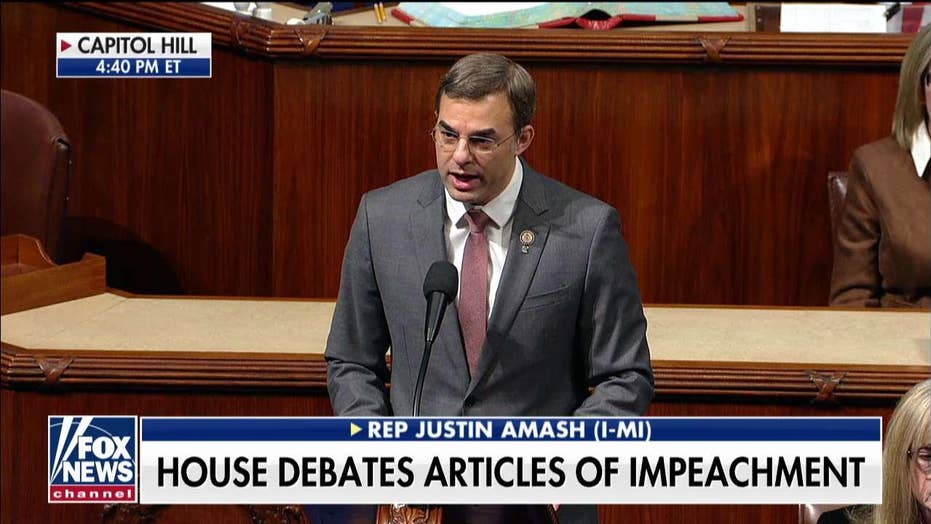 House Intelligence Committee Chairman Adam Schiff, D-Calif., gave Amash the floor during a House session debating the impeachment articles, and the Michigan lawmaker went on to cite the Federalist Papers and Constitution to claim Trump committed the "high crimes and misdemeanors" outlined therein.

Amash said he is supporting impeachment not because of partisanship, but because in his view Trump has objectively abused his office.

"I come to the floor not as a Democrat, not as a Republican, but as an American who cares deeply about the Constitution, the rule of law, and the rights of the people," Amash said.

"Under our system of government, impeachment is not about policy disagreements or ineffective governance, nor is it about criminality based on statutes that did not exist at the time our Constitution was written."

He said that instead, impeachment is about maintaining the "integrity of the office of the presidency" and ensuring presidential power is used properly and lawfully.

"The Constitution describes such conduct as high crimes and misdemeanors because it pertains to high office and it relates to the misuse of that office," Amash continued.

"President Donald J. Trump has abused and violated the public trust by using his high office to solicit the aid of a foreign power," Amash claimed. "Not for the benefit of the United States of America, but instead for his personal and political gain."

The Michigan lawmaker closed by claiming Trump's actions in regard to Ukraine were exactly the offenses Hamilton had warned about.

"It is our duty to impeach him," he said.

Amash, a libertarian and a critic of President Trump, announced in July via a The Washington Post op-ed that he was leaving the GOP.

In the column, he said he had once run as a Republican due to the GOP’s belief in limited government, economic freedom and individual liberty.

"In recent years, though, I’ve become disenchanted with party politics and frightened by what I see from it,” he said in the op-ed. “The two-party system has evolved into an existential threat to American principles and institutions.”

At the time, Trump responded with a parting shot at the lawmaker on Twitter:

"[O]ne of the dumbest & most disloyal men in Congress is 'quitting' the Party," the president quipped, later calling Amash a "loser."

Just before yielding the floor to Amash, Schiff responded to Republicans who criticized the impeachment process as a "Star Chamber."

"My Democratic colleagues claimed the Russians influenced the outcome of the 2016 election -- but based on their corrupt impeachment proceedings it appears my colleagues have been influenced by how Russia conducts political trials," Rep. Gary Palmer, R-Ala., had remarked. "No real evidence, no crime, no due process, and no justice."

"The repetition of this falsehood does not make it true," Schiff responded. 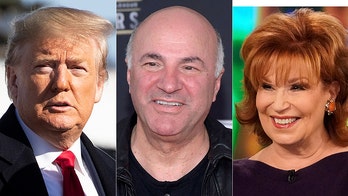