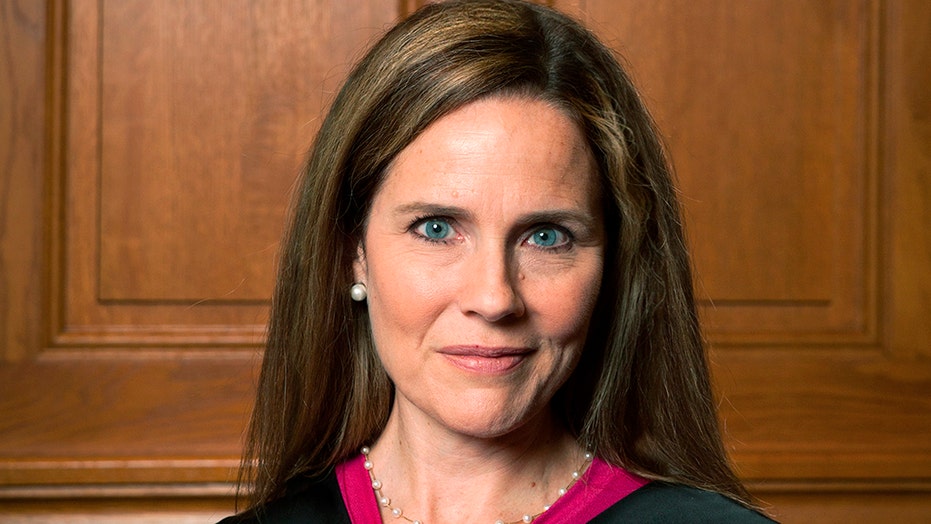 President Trump’s pick for the Supreme Court, Judge Amy Coney Barrett, is set to begin confirmations Monday after being nominated for the seat last held by the late Justice Ruth Bader Ginsburg.

Here are five things to know about Barrett, the 7th Circuit Court of Appeals judge:

She’s a mother of seven

Barrett, 48, was born and raised in New Orleans and was the oldest of seven children. She now has seven children with her husband Jesse, whom she met at Notre Dame law school. Two of their children were adopted in Haiti. Her youngest child has Down Syndrome.

Barrett’s husband Jesse and she debated for years whether one parent should stay home to raise the children, and she has described "soul-searching and anxiety about balancing kids and work.”

Jesse’s aunt has helped watch the kids for years and Jesse, who formerly worked as a federal prosecutor and now works in private practice, took on more of the duties at home when Barrett became a judge.

Her Catholic faith has become a point of contention

Barrett's devout Catholic faith has been the target of Democrats, even before her name was floated to succeed Ginsburg on the court.

In December 2017, when she was appointed to the 7th Circuit Court of Appeals, Barrett had to assert numerous times that her faith would not influence her jurisprudence. “Why is it that so many of us on this side have this very uncomfortable feeling that dogma and law are two different things, and I think whatever a religion is, it has its own dogma. The law is totally different,” Sen. Dianne Feinstein, ranking member of the Senate Judiciary Committee, told Barrett.

“And I think in your case, professor, when you read your speeches, the conclusion one draws is that the dogma lives loudly within you. And that’s of concern.”

The senator told Barrett she was a “controversial” nominee, “because you have a long history of believing that your religious beliefs should prevail” over the law.

AMY CONEY BARRETT'S FRIENDS PRAISE HER AS 'FAIR,' 'A POWERHOUSE'

“You’re controversial because many of us that have lived our lives as women really recognize the value of finally being able to control our reproductive systems,” she said. “And Roe entered into that, obviously.”

She clerked for Antonin Scalia

Barrett's judicial philosophy is often likened to that of her former boss, and her scholarship focuses on originalism. She has spoken and written praise of Scalia's close attention to the text of statutes.

Her ties to Scalia coupled with her Catholic faith have drawn the ire of abortion rights advocates. Scalia railed against the Supreme Court's rulings on abortion. Barrett has asserted she would have "no opportunity" to overturn previous abortion rulings such as Roe v. Wade.

She teaches at Notre Dame Law

Barrett graduated first in her class from Notre Dame Law in 1997. She served as a visiting professor at George Washington University Law School before returning to her alma mater in 2002.

She'd be the youngest justice on the bench

At 48, she'd receive a lifetime appointment as the youngest justice on the bench and the fifth woman.

Justices Neil Gorsuch and Brett Kavanaugh are both in their mid-50s. Sonia Sotomayor, John Roberts and Elena Kagan are in their 60s. Justices Samuel Alito and Clarence Thomas are in their 70s and Stephen Breyer is 82.