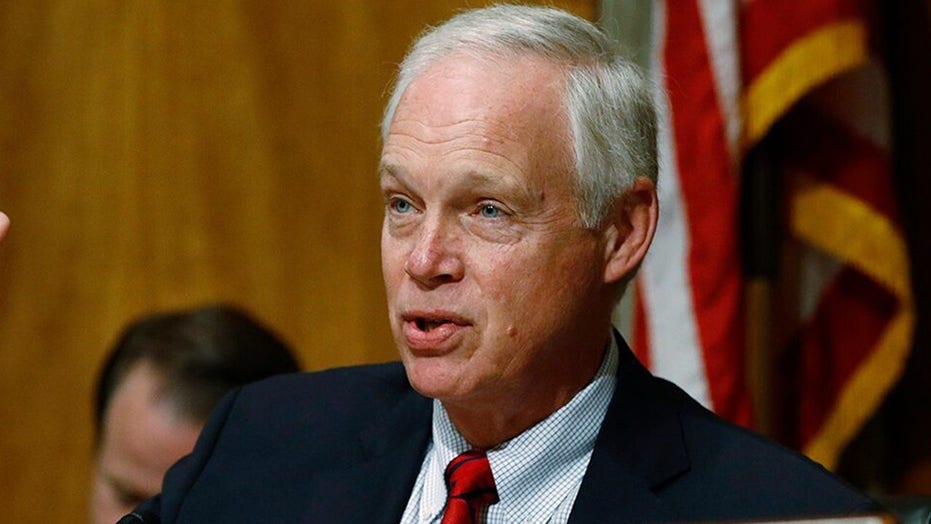 Senate Homeland Security Committee Chairman Ron Johnson said subpoenas are “forthcoming” in his panel’s investigation into the origins of the Russia probe – specifically concerning what he called “corruption” during the presidential transition period – despite prior pushback from colleagues.

In a phone interview with Fox News Thursday, Johnson, R-Wis., said the committee is “absolutely” considering issuing subpoenas to top Obama officials, like former FBI Director James Comey and former Director of National Intelligence James Clapper, but that the committee is engaged in a “thoughtful process.”

“We are trying to pool as many resources and as much knowledge about this as possible because the timing is short. We want underlying documents before testimony,” Johnson told Fox News, saying that questioning will be “more effective” if they obtain underlying documents prior to interviews.

“The clock is ticking, I understand folks on our side see what Democrats have done, but I am not a Democrat. I do not lie, I do not create false information, I do not create a false narrative,” Johnson said. “We are dealing in facts and truth. And I hope our base wouldn’t want us to do the exact same thing – when you see what Democrats have done, with Special Counsel Robert Mueller and the impeachment.”

But Johnson also sought to clarify reports that he was alleging Republicans are blocking subpoenas from being issued.

Johnson, during an interview with Hugh Hewitt this week, referenced some initial hesitation from Republican committee members earlier this summer, prior to giving him authority to issue subpoenas. During the interview, Johnson acknowledged that some Republicans were “highly concerned” about how the investigation and the issuing of subpoenas would look “politically.”

Johnson, though, told Fox News on Thursday that Republicans “are not blocking subpoenas.”

“There was an initial reluctance. Members of my committee had legitimate concerns, and I am not being critical of them,” Johnson explained. “We addressed the concerns, we narrowed the subpoena requests, and I agreed to do as much as possible to obtain testimony on a voluntary basis.”

In June, the committee voted to authorize subpoenas to the FBI and other agencies for records and testimony from Obama-era officials related to the bureau's original Russia investigation and the Justice Department inspector general's review of that probe.

Johnson said that he “respects the views” of his committee members and he viewed their concerns as “legitimate.”

“I have conducted myself as my committee members conveyed to, which was we would appreciate if you would try and obtain testimony and documents on a voluntary basis,” Johnson explained. “And that’s not an unreasonable request. I would much rather do things on a voluntary basis. Subpoenas are a pain.”

He added: “I am getting no pushback on issuing subpoenas at this point in time. And I did not hear anything contrary to issuing the subpoena for the FBI, and I do not expect any other pushback on any other subpoenas.”

“We are trying to go through a thoughtful process here,” Johnson said.

Johnson, earlier this week, subpoenaed the FBI and Director Christopher Wray as part of the broad review into the origins of the Russia investigation. The subpoena demands that the bureau produce "all records related to the Crossfire Hurricane investigation” and "all records related to requests" to the General Services Administration or the Office of the Inspector General for the GSA for "presidential transition records from November 2016 through December 2017.”

The FBI must provide these documents to the committee by Aug. 20 at 5 p.m. ET, according to the subpoena.

"The FBI has already been producing documents and information to the Senate Homeland Security Committee, which are directly responsive to this subpoena," the FBI said in a statement to Fox News on Monday. "As always, the FBI will continue to cooperate with the committee’s requests, consistent with our law enforcement and national security obligations.”

The subpoena is directed to the "Federal Bureau of Investigation c/o (care of) Christopher Wray.”

An FBI official told Fox News on Monday that the bureau has already been producing documents to the committee on a "rolling basis and have surged resources to do so.”

Meanwhile, Johnson said that it was important to obtain documents before testimony, saying that “you want to build a case before you want to go to the people at the top.”

“It’s how you do any investigation,” Johnson explained. “I realize it is time-consuming and I realize we are running out of time, but we have interviews scheduled. And once we get documents from the FBI, that will help direct how we lay this all out in terms of interviews.”

“I am contemplating calling all of those people,” he said, referring to the list of Obama officials. “At this point, we are considering subpoenaing any and all on that list.”

He added: “I have tried the voluntary route, and now I am ready for the compulsory process.”

“Subpoenas will be forthcoming,” he told Fox News. “That I can guarantee you.”

Such subpoenas would cover records made available to DOJ Inspector General Michael Horowitz for his review of the Russia probe and alleged misconduct surrounding the Foreign Intelligence Surveillance Act (FISA) warrant approvals to surveil members of the Trump campaign.

The committee also authorized subpoenas to the State Department for the production of records related to meetings or communications between State Department officials or employees with ex-British intelligence officer Christopher Steele, who compiled the unverified anti-Trump dossier that served as much of the basis for the FISA warrant applications to surveil former Trump campaign aide Carter Page.

The committee also authorized subpoenas to the Office of the Director of National Intelligence for the production of all records related to the process of “unmasking” U.S. persons or entities affiliated "formally or informally" with the Trump campaign, the Trump transition team or the Trump administration from June 2015 through January 2017.