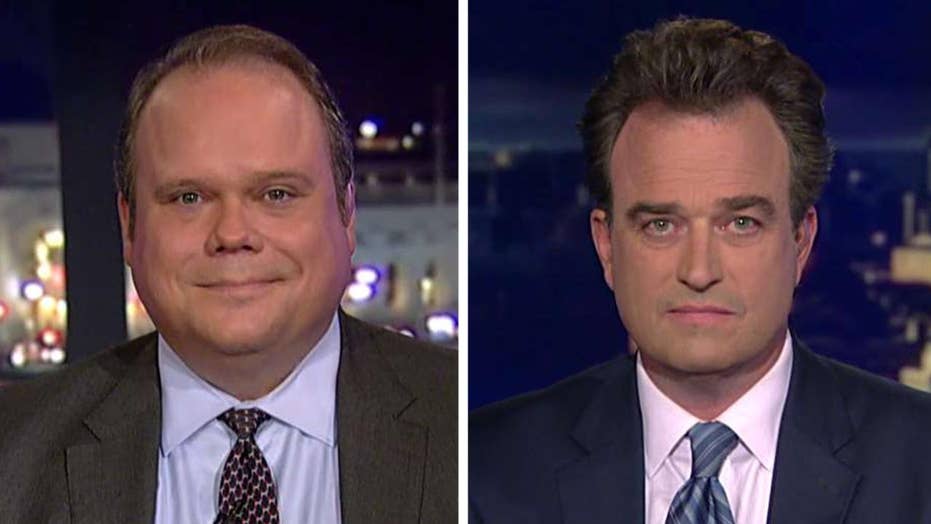 President Trump blasts Democrats for launching the next phase in their impeachment inquiry as he was scheduled to be overseas at a NATO meeting; reaction and analysis from the 'Special Report' All-Stars.

A Democratic congressman warned his colleagues on Monday that removing President Trump may be "bad politics" and predicted that Republicans would nominate former U.S. ambassador to the United Nations ambassador Nikki Haley in 2020.

Rep. John Yarmuth, D-Ky., was asked on "CNN Newsroom" about remarks he made last month in which he said: "It's probably not a good thing to get rid of him [Trump]" despite his strong belief that the president should be impeached and removed.

"I do think that it's the right thing to do to remove him from office. I believe he is an imminent danger to this country and to our democracy, but I was saying that the political consequences may not be very good for the Democrats," Yarmuth explained.

Yarmuth then made a bold prediction that the GOP would not proceed with Vice President Mike Pence as the presumptive nominee if the Senate did take the unlikely step of voting to remove Trump from office.

"If we remove him from office, I will guarantee you the Republican Party would not nominate Mike Pence to succeed him," Yarmuth continued. "They would nominate somebody like Nikki Haley who would be much more difficult for a Democrat to defeat.”

“I don’t think this is about politics and I don’t think we should consider politics," Yarmuth said. "I just think it could be bad politics.”

Haley has repeatedly denied speculation that she was eyeing Pence's slot as Trump's running mate in 2020.