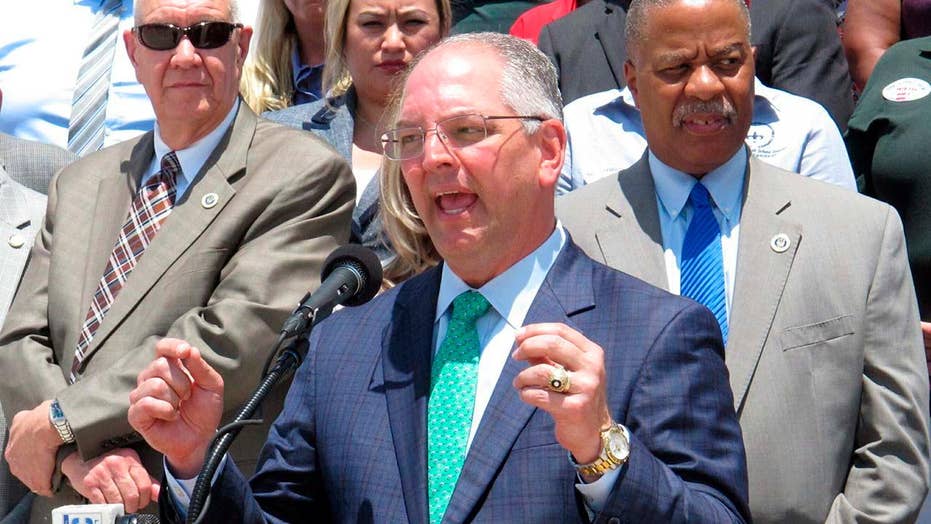 The bill, which makes no exceptions for cases involving rape or incest, was passed by the Louisiana House of Representatives by a vote of 79 to 23; Jonathan Serrie reports.

"That's deeply troubling and puts him completely out of step with most Democrats, most Americans, and absolutely the rest of the [2020 Democratic] field," she said while appearing on CNN on Wednesday.

McIntosh called the law, known as the Hyde Amendment, a "flat-out discriminatory policy." That law caught renewed attention as 2020 Democratic candidates offered plans to counter a host of pro-life policies at both the state and federal levels.

Sens. Kamala Harris, D-Calif., Kirsten Gillibrand, D-N.Y., and Elizabeth Warren, D-Mass., were among the 2020 contenders supporting a repeal of the law.

Biden, in May, said that he would repeal the law, but NBC News reported on Wednesday that his campaign said he still supported the policy.

"What it says is that the women who can access safe and legal abortion are women who can either afford private insurance or pay for it out of pocket themselves, but not women who are poor,” she told CNN.

“I mean, imagine treating any other right that way: You’re allowed to exercise that right if you can pay for it, but otherwise you’re on your own -- it’s not a right at all.”

The four-decade-old measure blocks the use of federal funds for abortion services, except in cases of rape, incest or to save the life of the woman.