Joe Biden's campaign on Wednesday denied that the former vice president had confused the date of the D-Day invasion of northern Europe in World War II with the date of Pearl Harbor Day during a fundraiser.

During a livestreamed discussion with Pennsylvania Gov. Tom Wolf, Biden appeared to switch the June 6 anniversary of the Allied invasion of Nazi-occupied France in 1944 with the Dec. 7 anniversary of the Japanese bombing of Pearl Harbor, Hawaii in 1941.

Biden said his home state of Delaware "declared our independence on December the 7th, by the way. And it's not just D-Day."

The Biden campaign claimed he was referring to "Delaware Day," pointing to a state government web page that says: "Since 1933, the governors of Delaware have proclaimed December 7 as Delaware Day in honor of that day in 1787, when Delaware became the first state to ratify the Federal Constitution, thus making Delaware the first state in the New Nation."

The state website's page about Delaware Day makes no mention of the anniversary being referred to as "D-Day."

CNN'S DANA BASH RIDICULED FOR JOE BIDEN INTERVIEW: 'SO MUCH FOR JOURNALISM' 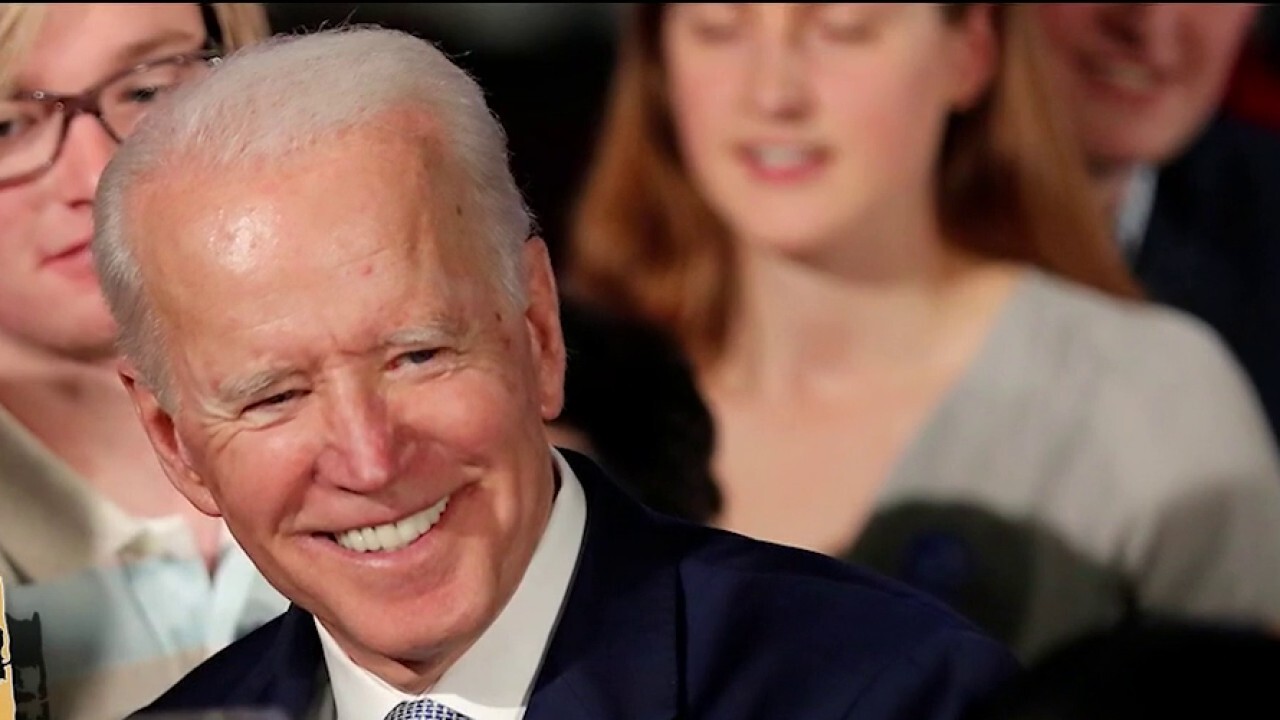 "We're an incredible, incredible country," Biden had said earlier in the event, which was meant to mark Wolf's endorsement of his candidacy and touched on topics like the commonwealth's coronavirus recovery.

"One of the things that I see, Tom -- the old joke was that people used to say, 'You know that arc that goes into Pennsylvania [is] quote-unquote "in Delaware,'" Biden said.

Delaware's northern border with Pennsylvania is famously defined by a 12-mile arc extending outward from the courthouse in New Castle.

"I had somebody once say, 'The best part of Delaware's in Pennsylvania,'" Biden said. "It's not, we have a whole state, but my point is, we're very close."

Wolf then stated that Delaware was itself once part of the Pennsylvania colony. The three counties of New Castle, Kent and Sussex later became their own entity at the time of the Revolutionary War.

Earlier in the interview, the former vice president highlighted his connection to the Keystone State, remarking that during his tenure in Congress, he was often nicknamed "Pennsylvania's third senator."

Biden, 77, has a history of gaffes, including his statement during a radio interview with Charlamagne tha God last week that African-American voters "ain't black" if they can't decide whether to vote for him or President Trump in November.

Earlier Wednesday, the Trump campaign's deputy director of communications, Zach Parkinson, tweeted about Biden's "D-Day" remark during his discussion with Wolf, saying: "All of this is wrong."