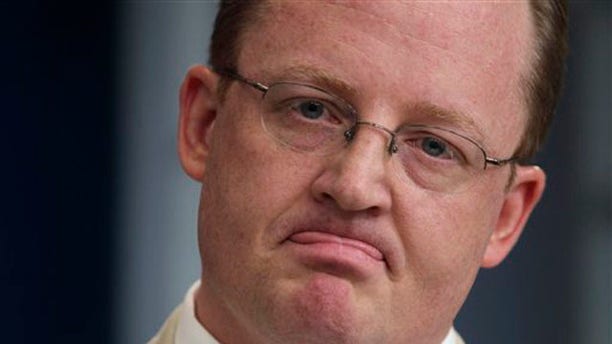 The White House says the $862 billion stimulus law has saved or created up to 3.6 million jobs. The Treasury Department says a jobs-promoting law offering tax breaks to qualifying employers has led to 4.5 million long-term unemployed people getting hired over three months.

But the unemployment rate also is stuck at 9.5 percent with little hope of significantly falling any time soon.

For jobless Americans looking for relief, it's difficult to tell which numbers can be trusted.

Republicans are trying to seize on a growing sense of anxiety about the economy as the midterm elections loom, giving the GOP a chance to retake control of Congress.

"You've seen poll after poll just this week where the American people are concerned about jobs," House Minority Leader John Boehner, R-Ohio, said at a news conference Wednesday. "And what they see here in Washington is no focus on getting people back to work. So we're going to have a pretty excited electorate. .. and we want to earn the majority this November so we can get America back on track."

On Wednesday, the White House updated its estimate of the impact of the stimulus law, projecting the spending act has created or saved between 2.5 million and 3.6 million jobs.

That's up from the estimate of 2.2 million to 2.8 million jobs that was released in the first quarter of the year from the White House Council of Economic Advisers. The new estimate says the act is on track to meet, if it hasn't already reached, the promise that the stimulus act would save or create 3.5 million jobs by the end of 2010 -- a number that has been fiercely disputed by critics.

Two days earlier, the Treasury Department released a report claiming private employers had hired 4.5 million Americans who had been out of work for two months or longer between February to May, making those businesses eligible to receive up to $8.5 billion in tax exemptions and credits under a law passed in February.

But the Treasury department didn't include the number of people who lost jobs during those months.

Pelosi's office could not provide the numbers and deferred questions about Treasury's report to the Treasury Department.

The Labor Department could not provide the numbers nor verify the Treasury's estimate, telling FoxNews.com that it doesn't track individual people.

The Treasury used a monthly population survey and merged the data from adjacent months. But the Labor Department said it doesn't use that method and cannot determine how many people who accepted jobs one month accepted another job in a different month after leaving the previous one.

Economist Peter Morici, a professor at the University of Maryland, told FoxNews.com that he didn't trust the report and blasted Treasury Secretary Timothy Geithner for issuing it.

"I would have more faith in a pastry chef making economic policy than Timothy Geithner after this."

But Dean Baker, the co-director of the Center for Economic and Policy Research, said the numbers in the report sounded legitimate to him.

Baker said the population survey can be used to track how many people were hired. He does not support the tax breaks for the companies because those people likely would have been hired anyway. "It was not a good policy," he said.