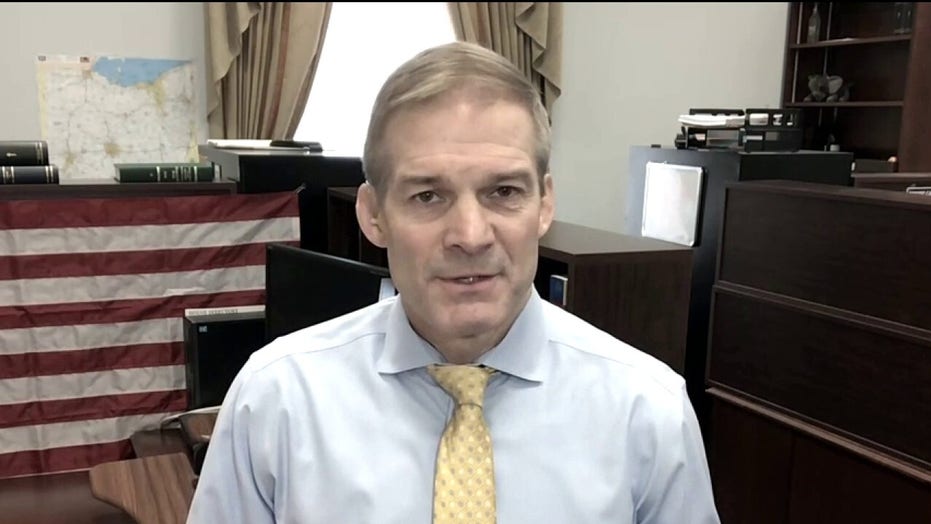 Jordan, R-Ohio, also expressed disapproval for comments made and conspiracy theorist views held by Rep. Marjorie Taylor Greene, R-Ga., although he argued her ability to serve in Congress is "between her and her voters."

Jordan joined Sandra Smith and John Roberts on "America Reports" ahead of a conference meeting of House Republicans to discuss the futures of both Cheney and Greene.

REP. JIM JORDAN: [On Cheney] "There needs to be a vote of … no confidence in the conference chair. You can’t have the leader of, the spokesperson of your conference … whose job is to talk to the American people about the Republican position, taking a position on one of the biggest votes we ever have in the United States Congress that’s against 96% of the conference that she’s supposed to represent.

[On Cheney and Greene] When you start having people in Washington dictate what happens to two members of Congress and what committees they can serve on, what they can do, and not leave that decision to the voters in the district, to the American people, that is a dangerous road to head down.

[On Greene] I don't think it's appropriate for the Democrats to be telling the folks in Georgia who gets to represent them and what committees they get to serve on.

No one is condoning the remarks that she made. I've not heard any Republicans say that those were appropriate.

I told the Democrats, if you guys keep going down this road, keep attacking people, their First Amendment free speech rights, where does it end? It won't stop with Republicans. It'll go to all of us.

If this goes forward, that's just one more blow to the First Amendment and that's what should scare every single American. This is wrong. And you guys know it's wrong, and the whole country knows it's wrong. And that's why we should not stand for it.

That's between her and her voters, which is the way it's supposed to be in a constitutional republic where we have a democracy.