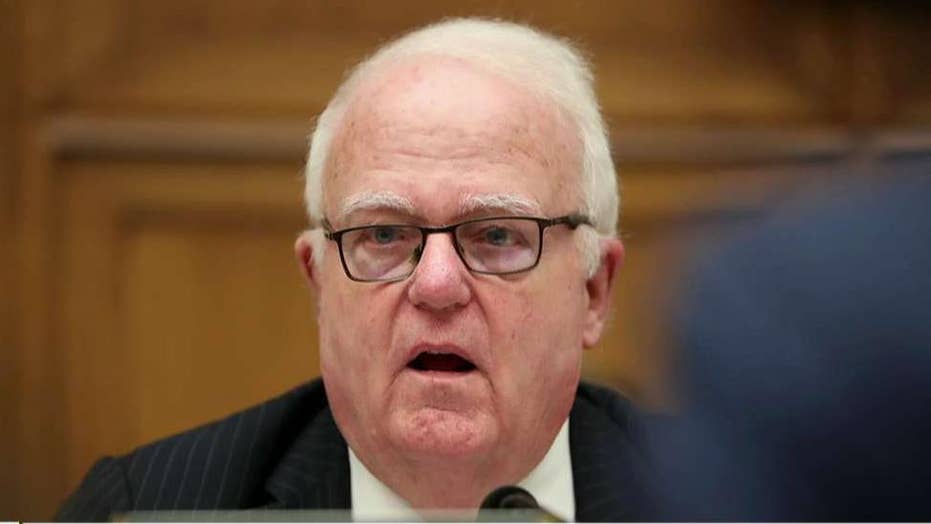 Wisconsin GOP Rep. James Sensenbrenner announced Wednesday he will retire from Congress when his term expires in January 2021, after 40 years in the House of Representatives.

Sensenbrenner, 76, is the second-most senior lawmaker in the legislative body.

"When I began my public service in 1968, I said I would know when it was time to step back. After careful consideration, I have determined at the completion of this term, my 21st term in Congress, it will be that time," said Sensenbrenner in a statement. Sensenbrenner had joined the Wisconsin state legislature in 1968, and was elected to Congress 10 years later.

Sensenbrenner said he would rather leave Wisconsin's solidly red 5th Congressional District on his own accord than wait for redistricting. "Being able to do this on my timetable rather than after a redistricting in 2022 will allow me to go out on a high note … This is just me feeling the time would be coming in the next few years, and I think this is the best time for me personally, and for both the Republican Party and for me politically," he told the Milwaukee Journal Sentinel.

His announcement brought the total number of House Republicans set to retire up to 13. Four GOP senators also have said they won't run for reelection in 2020, while only two Democrats in the House and one in the Senate are set to retire.

More than two dozen Republicans retired ahead of the 2018 midterms, leading up to the "blue wave" that helped the Democrats retake the House.

As for a successor, Sensenbrenner said he planned to back the “the Republican ticket from top to bottom," the Journal Sentinel reported.

Sensenbrenner currently sits on the House Judiciary Committee and the House Foreign Affairs Committee. He holds a very conservative voting record, but he has managed to work with liberal Democrats on issues such as civil liberties.

Former House Speaker Paul Ryan spoke highly of Sensenbrenner in light of the news. "Jim has spent the last 50 years protecting our constitutional rights, ensuring the U.S. led the way in science and space, and fighting tirelessly for conservative principles. He is a statesman, a person of remarkable character, and his presence and wisdom will be sorely missed in Congress," Ryan, also of Wisconsin, said in a statement.

"From leading efforts to keep America safe after 9/11 to serving as a fiscal watchdog constantly looking out for taxpayers, Jim has been a stalwart public servant," said fellow Wisconsinite GOP Rep. Bryan Steil, as WISN reported.