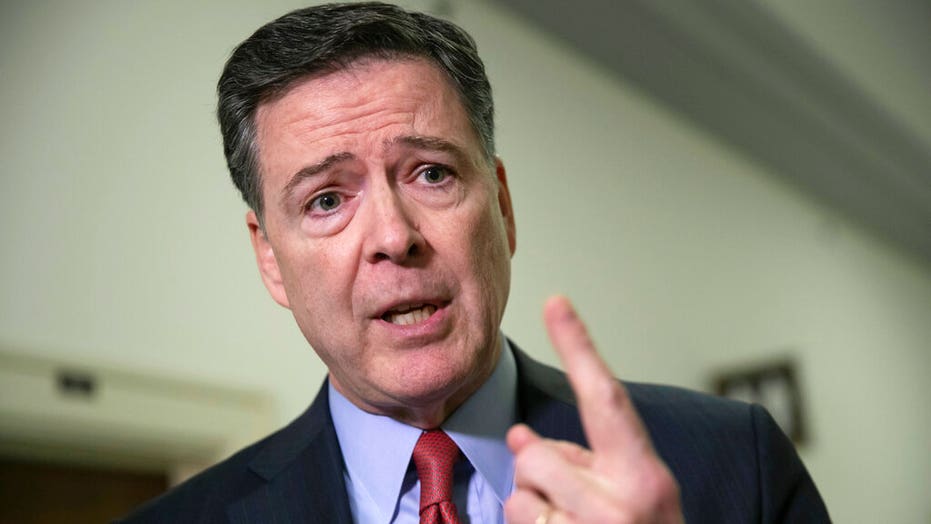 Former FBI Director James Comey responded to a tweet by President Donald Trump on Thursday by posting a GIF of Mariah Carey with the caption, "Why are you so obsessed with me?"

Comey's tweet, likening himself to the "Songbird Supreme," came after Trump defended his former adviser Roger Stone following Stone's sentencing to 40 months in prison earlier in the day for lying to Congress and witness tampering.

Trump claimed Comey also lied to Congress and should have received the same treatment -- although, unlike Stone, Comey was never convicted of a crime.

The president, who fired Comey in May 2017, also accused the former FBI boss of leaking "classified information."

“They say Roger Stone lied to Congress.” @CNN OH, I see, but so did Comey (and he also leaked classified information, for which almost everyone, other than Crooked Hillary Clinton, goes to jail for a long time), and so did Andy McCabe, who also lied to the FBI! FAIRNESS?," Trump tweeted Thursday morning.

The president left open the possibility of pardoning Stone at some point but suggested he would wait until all of Stone's legal options are exhausted. Trump added that Stone has a "very good chance of exoneration."

The Stone case had worried some about possible presidential interference in the justice system.

U.S. District Court Judge Amy Berman Jackson took a firm stance against Stone during the sentencing, although she didn't give him the nine years originally sought by federal processors, saying it was excessive.

“This is NOT campaign hijinks. This was not Roger being Roger. You lied to Congress,” Jackson told Stone. “The dismay and disgust … at the defendant’s actions in our polarized climate should transcend [political] parties.”

Stone's conviction was related to former Special Counsel Robert Mueller's investigation into possible links between the Trump campaign and Russia during the 2016 presidential election, a probe that Comey originally led. Trump's firing of Comey sparked their public feud.