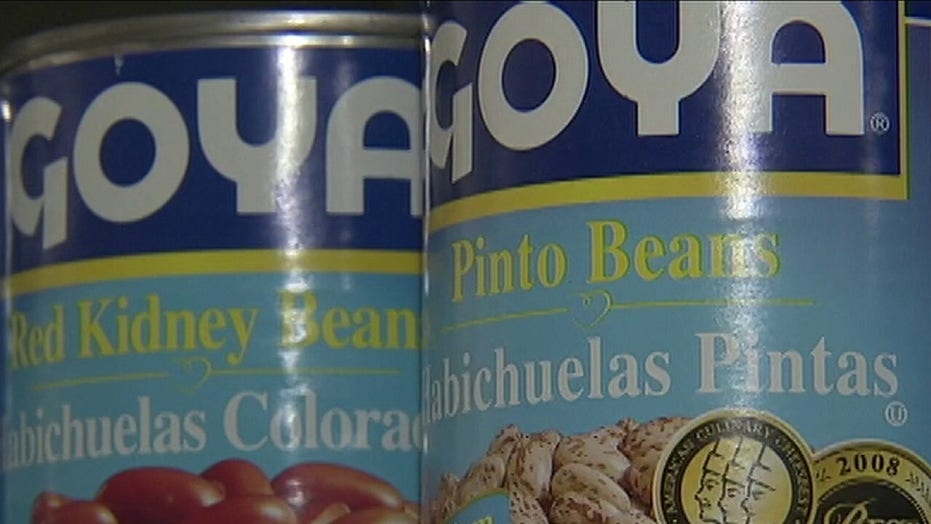 Ivanka Trump, the president’s daughter and a senior White House adviser, drew swift criticism on social media late Tuesday when she posted a picture of herself holding a can of Goya black beans.

“If it’s Goya, it has to be good,” she posted. She included the Spanish translation, “Si es Goya, tiene que ser Bueno.”

The famous food company, which specializes in Latin cuisine and recipes, found itself at the center of the country’s ongoing “cancel culture” movement when Bob Unanue, its president, refused to back down after he praised President Trump last week. Unanue, who is of Spanish descent, said the country is “truly blessed” to have a president like Trump.

His praise for Trump prompted the left to call for a boycott and then Trump supporters retaliated and called for a “buycott.” Conservatives across the country have taken to social media to celebrate when Goya products are sold out inside supermarkets.

Ivanka Trump's post from her personal account sparked criticism. Peter Baker, the chief White House reporter for The New York Times and MSNBC analyst, tweeted, “Federal ethics law: ‘An employee shall not use or permit the use of his Government position or title or any authority associated with his public office to endorse any product, service or enterprise…'” The tweet was retweeted by fellow Times reporter Maggie Haberman.

Ivanka Trump's defenders took to social media to say she was likely poking fun at the controversy.

Democrats were accused of using their offices to try and damage the company. Rep. Alexandria Ocasio-Cortez, D-N.Y., tweeted: "Oh look, it's the sound of me Googling 'how to make your own Adobo.'"

Julián Castro, the former Obama administration Housing and Urban Development secretary, tweeted, "@GoyaFoods has been a staple of so many Latino households for generations. Now their CEO, Bob Unanue, is praising a president who villainizes and maliciously attacks Latinos for political gain. Americans should think twice before buying their products. #Goyaway."

“This is the hypocrisy of the media,” Lewandowski said. “And I think the Trump train is going to come through and Goya's profits are going to go through the roof because of it."