Is it too late for Biden? Former VP aims to defy history after kickoff contest crash

After a lackluster fourth-place finish in last week’s Iowa caucuses and a devastatingly distant fifth-place finish in Tuesday’s New Hampshire primary, the former vice president limped out of the first-in-the-nation primary state and moved on to Nevada and South Carolina, the next two stops on the road to the White House.

Biden -- the once unrivaled front-runner in the Democratic nomination race -- stressed in a tweet and an accompanying video on Wednesday that “nobody told me the road would be easy, but together we can and will win.”

But Biden’s trying to do what’s never been done in modern history.

“In the last 40 years, just one person has gone on to win the presidency after losing both Iowa and New Hampshire: Bill Clinton. And in his case, he came in second place in New Hampshire in 1992,” said veteran New Hampshire-based political scientist Wayne Lesperance, the vice president of academic affairs at New England College.

Biden flew out of New Hampshire on Tuesday, a few hours before polls closed, in order to headline a kickoff rally in South Carolina, which the former vice president and his campaign view as their 2020 firewall.

Biden’s campaign has long pointed to Nevada and South Carolina, with their diverse electorates, as much friendlier ground than the overwhelmingly white states of Iowa and New Hampshire.

Minimizing the results in the first two states -- and spotlighting Biden’s strong support with African American and Latino voters -- senior campaign adviser Symone Sanders stressed that “it would be a mistake for anyone to write Biden and our campaign off before people of color have had their say in this election. You know people of color -- black folks, Latino voters -- are the base of this party.”

“I don’t believe that the moment here [in Iowa and New Hampshire] carries forward,” Richmond noted.

And he took aim at Buttigieg and Klobuchar for their low support among black voters in the most recent polls.

A confident Richmond emphasized that “I wouldn’t trade positions with anybody else in the race,” before jabbing at Sanders, Buttigieg and former New York City Mayor Mike Bloomberg, saying: “When we get to the general election, we cannot afford to take a chance with a self-defined socialist, a mayor of a very small city, and a billionaire who all of a sudden is a Democrat.”

Bloomberg was registered as a Republican and an independent during his three terms as New York City mayor. The multi-billionaire business and media mogul has already spent well over a quarter-billion dollars to run ads and beef up his campaign organization in the 14 states that hold contests on Super Tuesday.

Los Angeles Mayor Eric Garcetti -- a fellow Biden campaign co-chair -- emphasized that there’s a lot of election left and “we intend to win.”

And discounting Iowa and New Hampshire, the mayor highlighted that “Super Tuesday is all about momentum coming out of Nevada and South Carolina.” 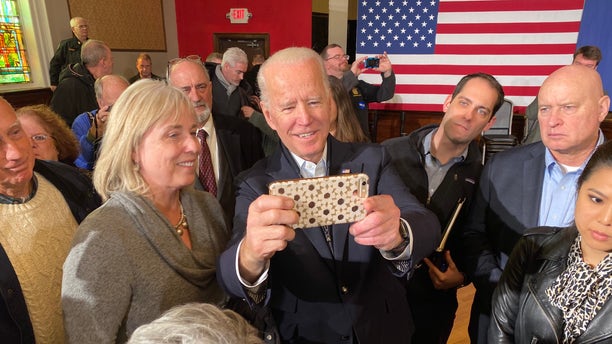 But for Biden, who’s long struggled with fundraising, the poor results in Iowa and especially New Hampshire make hauling in campaign cash even more difficult. And the inability to come close to winning in the first two contests in the nominating calendar puts a big dent in Biden’s argument that he’s the most electable candidate to take on President Trump in November.

Democratic consultant Zac Petkanas, the director of rapid response for Hillary Clinton’s 2016 presidential campaign, acknowledged Biden’s standing but emphasized that “anyone writing political obituaries for any candidate before the backbone of our party -- African American, Latino and AAPI (Asian American and Pacific Islanders) voters -- get to have their voices heard needs to take a seat.”

And pointing to this summer’s nominating convention, Petkanas said: “This is looking increasingly like it’s going to be a long delegate fight all the way up to Milwaukee.”

Democratic operative Chris Moyer noted that “history is not on his side, but that doesn't mean he can't recover.”

Moyer, who served as New Jersey Sen. Cory Booker's New Hampshire communications director this cycle, said that “the question is whether Biden can make it to South Carolina with any momentum if he hasn't been competitive in any of the first three states. A weak showing in Nevada would be harder to write off than his losses in Iowa and New Hampshire because the highly diverse electorate is supposed to be Biden's bread and butter.”

And, he added, “a negative media narrative can be fatal, including for fundraising, and all signs point to a tough couple of weeks ahead.”