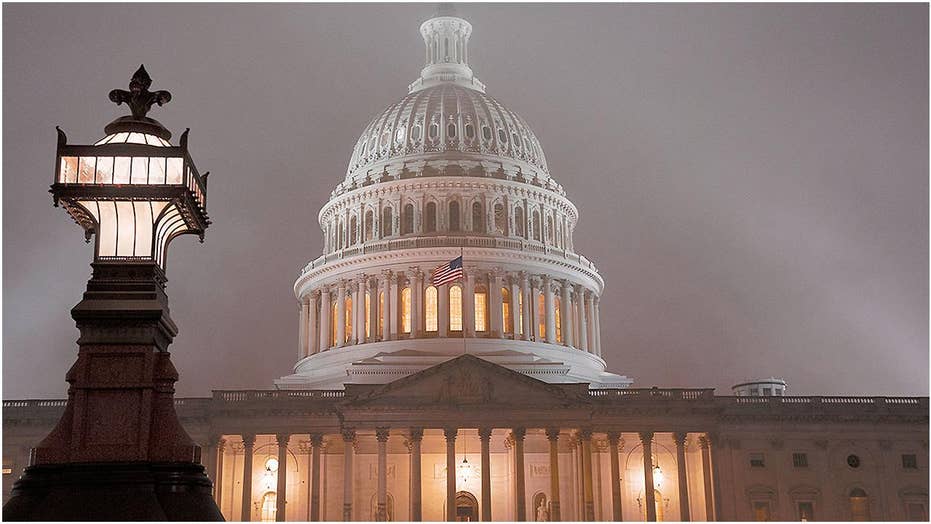 House Democrats pushing for a vote to limit President Trump's ability to take military action against Iran may face pressure to put those plans on hold in the wake of Iran's missile strikes against U.S. forces in Iraq.

House Speaker Nancy Pelosi had announced that the House would vote on a War Powers Resolution measure to curtail military action after the drone strike that killed Iranian Gen. Qassem Soleimani.  Many Democrats were incensed that the administration did not notify Congress in advance.

Even after Iran’s missile strikes, Pelosi continued to warn against what she termed “needless provocations” from the White House.

“Closely monitoring the situation following bombings targeting U.S. troops in Iraq. We must ensure the safety of our servicemembers, including ending needless provocations from the Administration and demanding that Iran cease its violence,” she tweeted Tuesday evening. “America & world cannot afford war.”

This comes after Pelosi sent a letter to fellow Democrats announcing, “This week, the House will introduce and vote on a War Powers Resolution to limit the President’s military actions regarding Iran.”

However, this no longer appears to be the plan. The recent developments in Iraq could hamper Pelosi's ability to garner enough votes to even pass a resolution, which would require the Trump administration to notify Congress before launching any operations abroad.

Rep. Mikie Sherrill, D-N.J., a former Navy pilot, told Fox News that while she remains in favor of an updated Authorization for Use of Military Force (AUMF) that would place restrictions on Trump’s ability to take unilateral military action, she is loath to push for new limitations in the midst of a conflict.

Democratic leadership also showed no sign of any imminent action regarding any resolution. When asked about such a measure, House Democratic Caucus Chairman Rep. Hakeem Jeffries, D-N.Y., said that while a resolution remains a matter of discussion, "there is no timeframe" right now.

No U.S. casualties were reported in the Iranian attacks against military bases in Iraq early Wednesday.

Trump is hardly the first president to face such authorization and notification complaints from Congress. The first War Powers Resolution was passed in 1973 in an effort to prevent presidents from using the military without congressional approval. Since then, questions of presidential compliance have become common, with controversy stemming from then-President Bill Clinton’s actions in Kosovo and then-President Barack Obama’s operations in Libya.

The White House did send Congress a formal notification of the drone strike on Saturday, a senior administration official told The Associated Press. The notification, required by law within 48 hours of the introduction of American forces into an armed conflict or a situation that could lead to war, had to be signed and sent to Congress.

That document -- which was sent to congressional leadership, the House speaker and the Senate president pro tempore -- was entirely classified, according to a senior aide for the Democrats and a congressional aide speaking to the AP.

Senate Minority Leader Chuck Schumer, D-N.Y., and Sen. Robert Menendez, D-N.J., also sent a letter to the president Sunday asking him to fully declassify the notification, claiming that “there appears to be no legitimate justification” for keeping it secret.

Trump tweeted Sunday afternoon that “legal notice is not required” for him to take additional action, but claimed that his online posts provided notification to Congress of future acts in retaliation for any Iranian strikes.