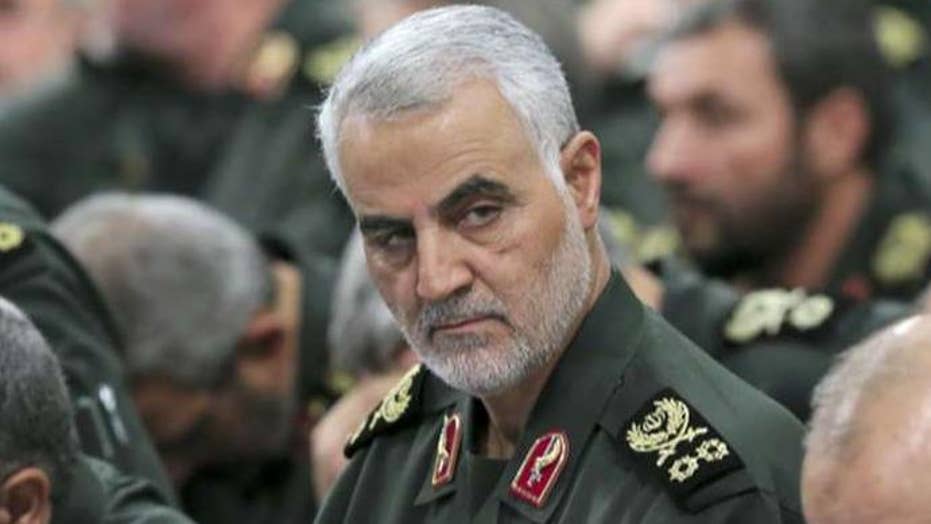 The Iranian regime is lobbying the United Nations in an effort to secure international condemnation of the U.S. strike that took out Iranian military commander Qassem Soleimani earlier this week, describing the strike as a “gross violation” of international law and saying it “reserves its inherent right to self-defense.”

“Conducted ‘at the direction of the President’ of the United States, the assassination of [Soleimani], by any measure, is an obvious example of State terrorism and, as a criminal act, constitutes a gross violation of the fundamental principles of international law, including, in particular, those stipulated in the Charter of the United Nations and thus entails the international responsibility of the United States,” said the letter from Iranian Ambassador Majid Takht Ravanchi to U.N. Secretary-General Antonio Guterres and the U.N. Security Council.

Soleimani, the head of the Islamic Revolutionary Guard Corps’ (IRGC's) Quds Force and the mastermind of its military and terror strategies abroad, was taken out early Friday local time in a U.S. strike in Iraq directed by President Trump. The U.S. described the killing of Soleimani as a defensive measure to prevent an “imminent attack” on U.S. interests after an attack on the embassy in Baghdad days earlier.

But the regime in Tehran said it rejected those reasons and described it instead as an “extremely provocative move” aimed at escalating tensions and “reserves all of its rights under international law to take necessary measures in this regard, in particular in exercising its inherent right to self-defense.”

The Iranians also called for the U.N. Security Council to condemn the U.S.

Meanwhile, Iranian Foreign Minister Javad Zarif spoke to Guterres by phone, ahead of a visit to the international body in the coming days.

“[Zarif] said Soleimani was a popular figure among people of the region, due his instrumental role in fighting terrorism and ISIS [the Islamic State], and his martyrdom by American terrorists will have consequences,” the Iranian mission said of the phone call.

Zarid is traveling to New York next week to take part in a debate on Thursday at the Security Council, which was planned before the taking out of Soleimani. However, the U.S. has not yet issued him a visa to attend the meeting. Zarif was sanctioned by the U.S. in July, which included a ban from traveling to the U.S.

The U.S. mission did not immediately say if Zarif would be granted a visa. Guterres, meanwhile, has expressed concern about the escalation in the region.

“The Secretary-General has consistently advocated for de-escalation in the Gulf. He is deeply concerned with the recent escalation,” Guterres spokesman Farhan Haq said in a statement. “This is a moment in which leaders must exercise maximum restraint. The world cannot afford another war in the Gulf.”

Should Zarif travel to the U.N., he would be expected to address the killing of Soleimani, potentially setting up a showdown between Iran and the U.S. in an arena that has seen the U.S. pushing back on the status quo at the U.N. on the question of how to deal with the Iranian regime.

The U.S. pulled out of the 2015 Iran nuclear deal in 2018, something that was met with disappointment by allies at the U.N., where the deal was codified. It then reinstated waves of sanctions on the regime and has called for other countries to join the U.S as part of what Secretary of State Mike Pompeo called a “coalition of responsible nations.”

In September, in a speech to the U.N. General Assembly, Trump said that “no responsible government should subsidize Iran's bloodlust.”

While the U.S. has struggled to convince other countries at the U.N. of the merits of withdrawing from the Iran deal, it has secured support for other parts of its “maximum pressure" campaign. Security Council allies have condemned Iran’s proxy wars in the region, and in September, the U.K., France and Germany joined the U.S. in blaming Iran for attacks on oil facilities in Saudi Arabia.