Cochise County, Arizona, Sheriff Mark Dannels says 10,000 pounds of fentanyl have been seized at the border this fiscal year. He says 'willful neglect' from the Biden administration is causing the crisis.

President Biden’s pick to lead Customs and Border Protection (CBP) will face scrutiny from senators at his confirmation hearing next week, and immigration hawks are raising concerns about what they call his "downright dangerous" record opposing police cooperation with federal immigration enforcement.

Chris Magnus, a police chief in Tucson, Arizona, was nominated by Biden in April to lead the agency that oversees Border Patrol and is the agency at the frontlines of protecting America’s borders. His confirmation hearing is set for Tuesday and is drawing particular scrutiny due to the ferocious and ongoing crisis at the southern border.

Magnus was described as having "extensive experience in addressing immigration issues," because of Tucson’s close proximity to the border.

"I am excited that President Biden has nominated an extraordinary group of individuals for critical leadership positions in the Department of Homeland Security," Homeland Security Secretary Alejandro Mayorkas said as Magnus and a host of other nominations were announced earlier this year. "They are highly regarded and accomplished professionals with deep experience in their respective fields.  Together they will help advance the Department of Homeland Security’s mission to ensure the safety and security of the American people.  I look forward to working with the Senate in support of their swift confirmation."

However, that experience has also raised opposition from immigration hawks, who are pointing to his support of policies that demand non-compliance with interior immigration enforcement, as well as his opposition to stricter border policies by the Trump administration. While CBP is not directly involved in interior enforcement, hawks are concerned that his nomination is another move to what they describe as "open border" policies.

The Immigration Reform Law Institute (IRLI), the legal arm of the restrictionist Federation for American Immigration Reform (FAIR), obtained documents from Magnus' time serving as police chief in Richmond, California, that show him working to implement the city’s "sanctuary city" policies as it related to the Richmond Police Department.

"Sanctuary City" policies forbid most cooperation between local law enforcement and federal immigration authorities. It means that most detainers -- ICE requests that local police departments hold and transfer an illegal immigrant into its custody so they can be removed from the country -- are ignored. Proponents argue that such policies encourage illegal immigrants to work with police and report crimes, but critics note that such policies allow the release of criminal illegal aliens back onto the streets. 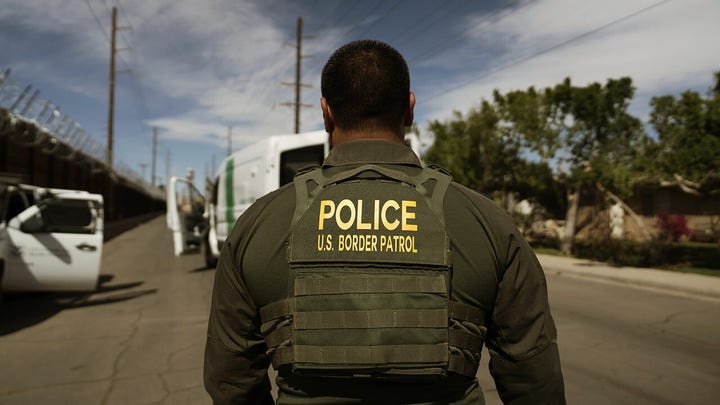 IRLI obtained documents created or revised during his tenure that outline how officers were forbidden from adhering to ICE detainer requests, not allowed to inquire about immigration or citizenship status and must not participate in most immigration-related enforcement.

In an 2012 email, Magnus sent around one set of the guidelines: "This revision brings us into compliance with Richmond’s ‘Sanctuary City’ policy and further clarifies our Immigrations and Customs Enforcement (ICE) non-cooperation policy," he said.

"There may be specific circumstances related to certain gang cases involving our Special Investigations personnel working with ICE officers when deviations to this policy will be authorized, but these exceptions must be authorized by one of the chiefs," he told officers.

While Magnus was not the author of the policy, and was bringing his department in line with existing city policy, other emails show him in 2015 sharing an article warning against changing sanctuary city laws in the wake of the death of Kate Steinle by an illegal immigrant -- calling the article "relevant" and making "strong points."

AS LEGAL TRAVELERS ACROSS US-MEXICO BORDER FACE VACCINE MANDATE, ILLEGAL IMMIGRANTS DO NOT

His defense of sanctuary city policies would continue into the Trump administration, which sought to crack down on those policies by withholding grants -- Tucson, Arizona, is not strictly a sanctuary city, but Magnus said it "take[s] pride in being welcoming to immigrants."

"As the police chief here, I’m deeply troubled by the Trump administration’s campaign against 'sanctuary cities,' which refuse to turn over undocumented immigrants to federal authorities," Magnus wrote in a 2017 New York Times op-ed, in which he criticized the administration's "anti-immigrant rhetoric" and "reckless policies."

"Tucson has come too far to jeopardize reforms that strengthen relationships with the public we serve," he said. "Justice Department grants and other federal support funded through our taxes should not be tied to immigration policies."

"Entangling local policing with additional immigration enforcement responsibilities would seriously compromise our ability to maintain the trust and support of our diverse community," Magnus told The Arizona Republic. "If any of our residents believe that by reporting a crime, seeking assistance, or working with the police to make their neighborhoods safer will cause them to be unconstitutionally detained for an extended time or deported, our community becomes less secure."

However, in 2019 he opposed a sanctuary city ballot measure for Tucson, saying that the department already does not "engage in civil immigration enforcement, nor do officers check immigration status during consensual or voluntary contact." He also warned that restrictions on cooperation with federal agencies would result in excluding partnerships with agencies on issues from missing children to drug enforcement.

In 2020, Tucson withdrew from a grant program that gives money to police departments that cooperate on border security after the Trump administration would not allow some of the money to be used for aid to migrants.

Magnus’ positions would not set him apart from his potential colleagues in the Biden DHS, which has rolled back interior enforcement and has issued guidance saying that a person’s illegal status should not alone be the factor that gets them deported. But IRLI and FAIR say that while Mayorkas may be a fit, lawmakers should not approve his nomination.

"Secretary Mayorkas may have been right when he referred to Chris Magnus as a ‘highly-regarded and accomplished professional with deep experience,’" RJ Hauman, head of government relations for FAIR, told Fox. "Not only is he highly-regarded by open borders activists and illegal aliens, he has a lengthy track record opposing immigration enforcement."

"While that may be a perfect resume in the eyes of the White House, it is disqualifying and downright dangerous," he said, before referencing the failed nomination for the Bureau of Alcohol, Tobacco, Firearms and Explosives. "Senators in both parties must put their money where their mouth is on addressing the border crisis and ensure that the Magnus nomination meets the same fate as David Chipman’s."

Magnus, meanwhile, has rejected the claim that he is a partisan on issues related to immigration.

"Sometimes it’s frustrating how hyperpartisan all these issues can become, but I want to say from the very start, I am no ideologue and I do want to make a difference on things," Magnus told the New York Times in April.