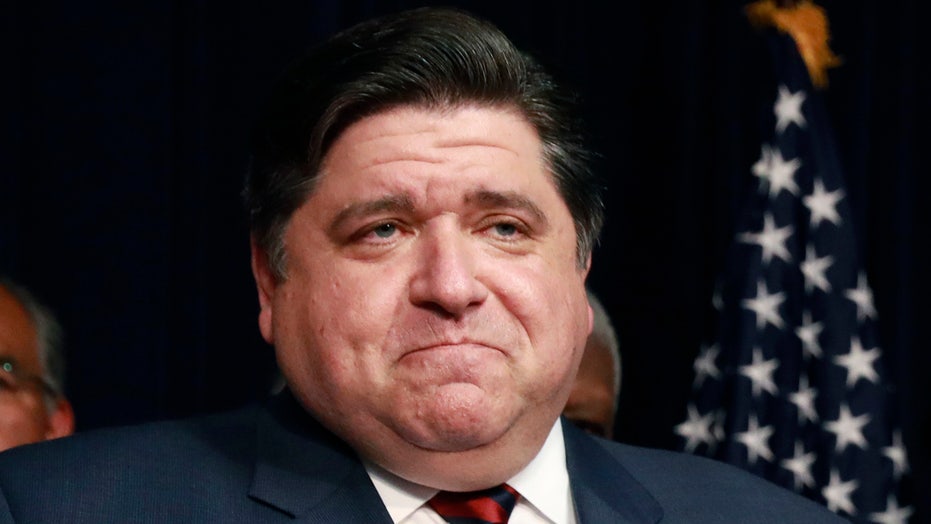 Along with the daily news briefings by President Trump and the White House coronavirus task force, daily updates from top governors -- from Andrew Cuomo of New York to J.B. Pritzker of Illinois -- have emerged as must-see events in this COVID-19 pandemic.

Pritzker, a first-term liberal Democrat, blasted Trump this past March before the two got into a Twitter feud about the administration's response.

Leading the Land of Lincoln, the 43rd governor of Illinois compared Trump to a "carnival barker" before the two got on the phone and the president promised the state of Illinois 250,000 masks and 300 ventilators.

Pritzker extended the state's stay-at-home order through the end of April in keeping with Centers for Disease Control and Prevention [CDC] recommendations, as well as keeping schools closed. He also sent the National Guard to Stateville Correctional Center after one inmate died from the coronavirus.

He is the wealthiest governor in American history

Pritzker, named after his uncles Jay and Bob, "J.B.," had an estimated personal net worth of $3.4 billion and more private wealth than any other governor in U.S. history. He is the second-wealthiest politician to ever hold office behind former New York City Mayor Michael Bloomberg.

Prior to becoming governor, he was co-founder and managing partner of the Pritzker Group in Chicago and is a member of the Pritzker family, who largely owns the Hyatt hotel chain and has been near the top of the Forbes "America's Richest Families" list since it started in 1982.

Pritzker unsuccessfully ran for the U.S. House of Representatives in Illinois' 9th congressional district in 1998, spending half a million dollars from his own pockets. He finished third among five candidates in the Democratic primary.

Then, in 2008, he served as Hillary Clinton's national co-chairman for the campaign and helped bring the Clinton and Obama campaigns together in Illinois.

Illinois voters elected him governor in 2018; he took office in January 2019.

In 2017, the Chicago Tribune published an 11-minute FBI wiretap between then-Gov. Rod Blagojevich and Pritzker from 2008, showing the two discussing campaign contributions and a potential appointment of Pritzker to a state office.

At the time, Pritzker said he had "not done anything wrong," but he later apologized for a number of controversial and incendiary comments made in a private conversation with Blagojevich as the two discussed who would fill then-President Obama's U.S. Senate seat in 2008.

He was recorded as saying that appointing then-Secretary of State Jesse White would "cover you on the African-American thing" and that he was the "least offensive" candidate.