Rep. Ilhan Omar, D-Minn., took to Twitter Monday to criticize policing in the U.S. after the fatal shooting of Daunte Wright, a Black man, during a traffic stop in a Minneapolis suburb.

"We are sick and heartbroken," she tweeted. "In the closing days of Derek Chauvin’s murder trial, Brooklyn Center police killed 20 year old Daunte Wright, another Black man, during a traffic stop. This violence is a basic part of police interactions with communities of color. It must stop." 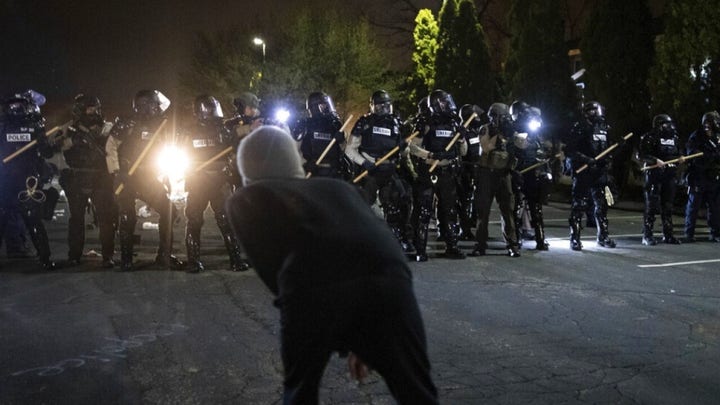 Brooklyn Center Police Chief Tim Gannon described the shooting death Sunday of Wright as "an accidental discharge." It happened as police were trying to arrest Wright on an outstanding warrant. The shooting sparked protests and unrest in a metropolitan area already on edge because of the trial of the first of four police officers charged in George Floyd’s death.

Omar has been one of the most outspoken members of Congress criticizing law enforcement and, last summer, called for the dismantling economic and political systems that serve as a "system of oppression."

"We can’t stop at criminal justice reform or policing reform," she said during an outdoor press conference. "We are not merely fighting to tear down the systems of oppression in the criminal justice system. We are fighting to tear down systems of oppression that exist in housing, in education, in health care, in employment, [and] in the air we breathe."