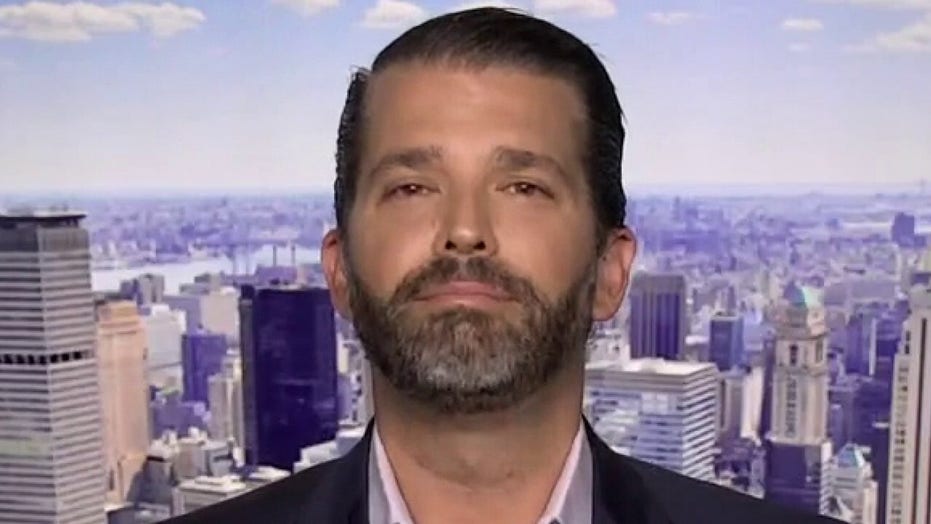 "The swamp, social media, mainstream media, they want Biden to win, even though it's likely that Biden is probably the most compromised person in the history of American politics," Trump Jr., the eldest of President Trump's children, told "Sunday Morning Futures." "We're two weeks out from an election, and they're pretending like this is a non-issue."

Trump Jr. also commented on the media coverage of the controversy surrounding Hunter Biden, the son of the Democratic presidential nominee.

"Everything that the Democrats and the media, and I group them as one and the same at this point ... everything that they hoped and prayed I was doing, that they made me testify for 30 hours for, that they said I had committed treason doing, Hunter Biden was actually doing," Trump Jr. said.

The Trump campaign has been hammering Joe Biden with claims about his son's alleged corruption, and Trump allies are questioning the FBI's possible handling of any Hunter Biden-related evidence in the agency's possession.

"When Donald Trump wins, he has to break up the highest levels of the FBI," Trump Jr. said.

Meanwhile, Sen. Ron Johnson is calling on FBI Director Christopher Wray to confirm or deny details regarding a laptop said to have belonged to Democratic presidential nominee Hunter Biden.

Johnson, R-Wis., said in a letter to Wray obtained by Fox News that a whistleblower contacted his committee on Sept. 24, claiming to possess a laptop that Hunter Biden left at his business, and that he had turned it over to the FBI. Johnson noted that staff immediately asked the FBI to confirm certain details in order to validate the claim, but the bureau said they would not confirm or deny any of the information included in their request.

"The FBI has a duty to inform us. If they believe this was maybe Russian disinformation, they should give us a defensive briefing,” Johnson told “Sunday Morning Futures.” “If, for example, they also believe that what information this whistleblower gave us is fraudulent, that would also be a crime, and FBI should tell us that.”