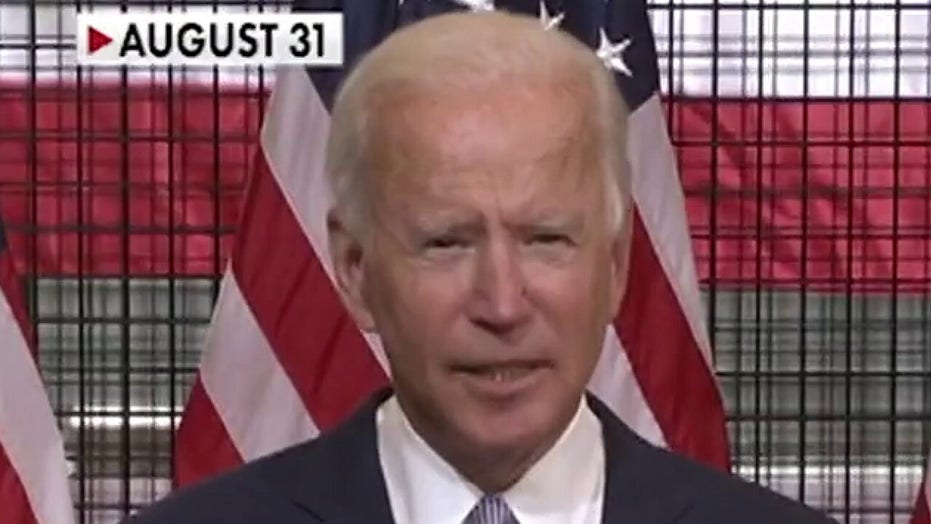 The only reason Democratic presidential candidate Joe Biden is now speaking out against unrest and violence in American cities is that "he's looking at the polls," former Arkansas Gov. Mike Huckabee told "The Ingraham Angle" Wednesday night.

"That's why he stuck his head out of the basement," Huckabee told host Raymond Arroyo. "He recognized the fact that Americans don't like people rioting and looting."

In response, Huckabee pointed out that only weeks ago, Democrats appeared to be making excuses for criminals.

"Some said they were just going after bread. I've never seen people running out of a Louis Vuitton store carrying a loaf of bread," he said. "People aren't stupid, they get it. That whole nonsense of tearing down cities and burning federal property is not a protest, that's criminal activity."

Huckabee added that "if anybody believes that was a sincere statement of fact and he will stick with it, then you probably believe he will support fracking too."