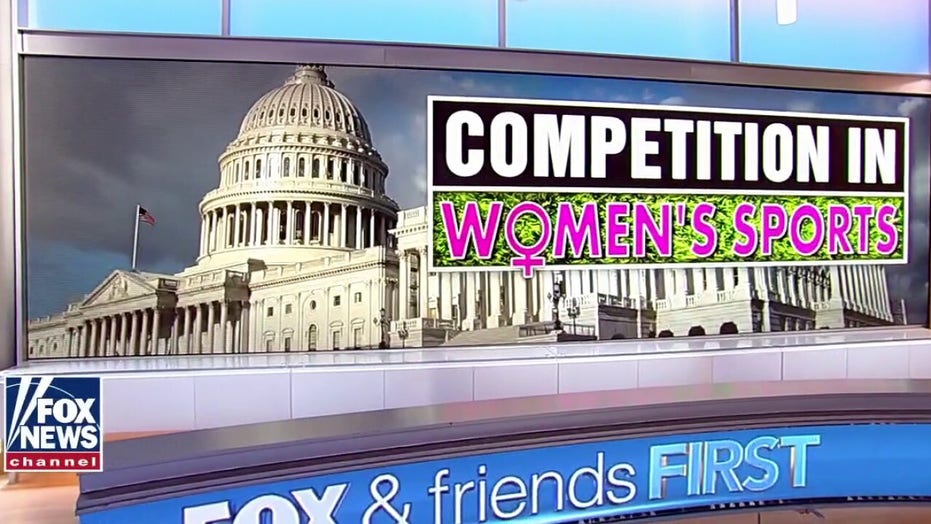 Mississippi to ban transgender athletes from competing in female sports

Legislation addressing the issue of transgender athletes in the U.S. has nearly doubled this year, with 42 bills introduced in 26 states. Republicans say it is a robust response to President Biden’s executive order aimed at preventing discrimination on the basis of gender identity, allowing students to compete against those of the sex they identify as.

Mississippi in March became the first state this year, and only the second state ever, to bar transgender women and girls from competing in female sports at the university level and in public schools.

"It sends a clear message to my daughters and all of Mississippi’s daughters that their rights are worth fighting for," he added.

The Mississippi law is just the latest move in what has become a national debate following the first transgender athlete ban in Idaho last year.

Earlier this month, South Dakota Gov. Kristi Noem said she will be "excited to sign" legislation, which has passed the state’s Republican-controlled senate, that blocks transgender girls from joining female teams.

In Kansas Wednesday, similar legislation was approved by the state senate and will head to the governor's desk.

"Many in the Republican Party see it as an issue that has become of great importance to them. While on the other hand there are a great deal of Democrats who are equally adamant…saying ‘trans rights are human rights and trans rights aren’t up for debate," she continued.  "There are these two very entrenched polar opposite positions and unfortunately, very few people are in the middle of these two positions. So it has created this very, very difficult situation."

But while Republicans have pointed to Biden’s executive order as the reason legislation has nearly doubled since last year, Freedom for All Americans, an LGBTQ advocacy group, said 22 anti-transgender bills were introduced in 18 states last year, a major increase from the two bills introduced in 2019.

The suit alleges the state’s policy on permitting athletes to compete under their chosen gender identity has deprived runners, like Chelsea Mitchell -- the fastest female runner in Connecticut in 2020 -- state titles and athletic opportunities by forcing them to compete against two transgender sprinters.

"The whole point of Title IX when it passed was to protect people like Chelsea with a fair playing field with competitive opportunities," Christiana Holcomb, Mitchell’s attorney with Alliance Defending Freedom explained. "I think part of the big impetus for the lawsuit is to try to ensure that Title IX is enforced as it was originally written and intended.

"The only reason we even have women’s sports as a separate category is because of the physical differences between the sexes and the athletic advantages that males intrinsically have," she continued.

Title IX was passed as part of the Education Amendment of 1972 and prohibits sex-based discrimination in any school.

Harper, an athlete herself, has spent more than a decade studying how transgender athletes perform throughout and after they complete hormone therapy. She has also served in advisory roles for various athletic associations, including the International Olympic Committee.

But despite her extensive background observing transgender athletes, Harper noted the unique challenge schools face in finding a blanket policy that will allow transgender girls to fairly compete against cisgender girls -- females who identify with the sex they were biologically born as.

"This period of say 12-18 years is the most challenging age to try to make regulations with regard to trans athletes, and it just lends to the fact that there’s such a variety of policies from state to state," Harper explained.

While Biden’s executive order can be sidestepped by state laws, the Equality Act -- which passed in the House by 224-206 votes in February -- would provide federal legal force by banning discrimination on the basis of sexual orientation and gender identity. It would amend the 1964 Civil Rights Act.

The Women’s Sports Policy Working Group, an association launched by former female athletes and Olympians, has created a resolution that would carve out a portion of the Equality Act to protect women’s and girl's rights through Title IX while still finding a solution to allow transgender athletes to fairly compete.

The resolution has laid out a platform that could be utilized nationwide by instituting handicaps into sporting events, similar to practices seen in golf where player’s rules are mathematically adjusted to allow those of varying abilities to compete against one another.

"We felt that this fragmentation of the feminist movement and women in sports, based on the transgender issue needed a middle ground," Donna de Varona, a two-time Olympic gold medalist in swimming and a women’s rights advocate in sports explained.

De Varona said the resolution was created out of necessity to "try and bring some sanity into this conversation, because we are heading towards a train wreck, whether it’s in high school sports, college sports or in the Olympics."

Some Equality Act advocates have argued there is evidence of cisgender females beating transgender girls in sporting events, including by Mitchell, who beat Terry Miller, a transgender girl, twice during her senior year.

BIDEN HAS SIGNED 40 EXECUTIVE ORDERS AND ACTIONS SINCE TAKING OFFICE

But Mitchell explained that had a previous penalty for a false start not disqualified Andraya Yearwood, another transgender sprinter, she would not have been able to win her state-all-class title.

The Women’s Sports Policy Working Group also found that because of Connecticut’s policy on sport participation based on gender identity, cisgender female athletes were excluded from "235 opportunities in high-level competition" over the last three and a half years.

Harper, who is a supporter of the group’s resolution, said that she opposes Connecticut’s state law that says transgender girls can compete against cisgender females without any parameters in place.

"I disagree with allowing transgirls, not on hormone therapy, to win state championships," the former medical physicist said.

But she also noted that requiring minors to take hormone suppressants in order to compete in High School events is not the solution either.

"There’s a balance, how do you value the importance of all girls getting a fair chance to compete for state championships and deal with this hugely marginalized, very challenged population group," Harper said.

"We think there is a place for everyone in sports. The real question is, where is it most fair for everyone to compete?" Holcomb questioned.

Mitchell’s attorney said that while she and her client appreciate prominent female athletes speaking up against state practices intruding on female rights, she is not convinced by their resolution.

"It still allows for biological males to dominate the girls category if they’ve taken testosterone suppression," which she argued does not undo the physical advantages that males have over females. "It doesn’t undo their larger heart and lung capacity, and greater strength and explosive power."

But de Varona acknowledged that while research is still being done on transgender athletic performances, current findings have found that biologically born males will likely have lasting physical abilities if they go through puberty.

"We do not prescribe taking any kind of hormone blockers because we don’t believe that is our place, it’s up to the parents if…their child wants to become a trans individual," de Varona said. "Our policies are based on science and research. Yes, it is an evolving science," she added.

"I think if we don’t listen to one another we’re going to have an incredibly fragmented environment for our young people in education," de Varona concluded.

The resolution has not been picked up by anyone in Congress at this time, but de Varona said they are "banging on the door" of several congress members.