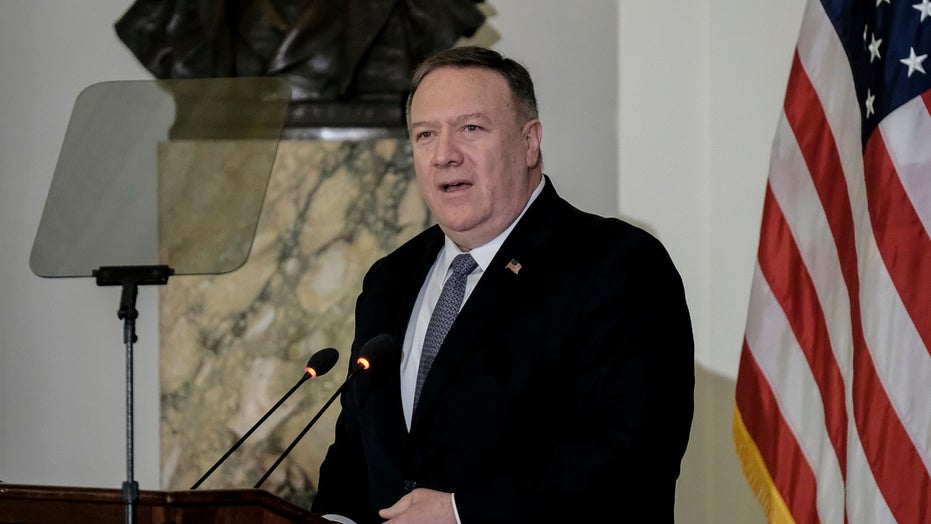 House Foreign Affairs Committee Chairman Rep. Eliot Engel, D-N.Y., pressed Secretary of State Mike Pompeo on Friday to agree to testify before the panel on the Trump administration's policy toward Iran and threatened to issue a subpoena if necessary.

The invitation to Pompeo comes as Democratic lawmakers demand answers about Trump's recent actions against Tehran, particularly the Jan. 3 airstrike that killed Iranian Gen. Qassem Soleimani that led a retaliatory attack on American troops in Iraq and has escalated tensions in the region.

“As the Administration’s public face of this policy, your participation at this hearing is necessary so that the committee can conduct appropriate oversight and consider legislative alternatives related to the use of military force as well as the strategy and aims of American policy in Iran, Iraq, and the broader Middle East," Engel wrote.

Pompeo was previously invited to testify before the committee this week but declined, citing time constraints. Engel warned Pompeo that he would use legal means to compel him to testify if he refuses to appear at the Jan. 29 hearing.

"I was particularly troubled by the fact that, rather than discuss urgent matters of war and peace with the State Department's committee of jurisdiction you announced after you had been invited to the January 14 hearing, you traveled to California to deliver a scripted speech on these same issues," Engl wrote. “I consider your testimony to be of extremely high importance and am prepared to use all legal means to ensure your attendance."

The State Department did not immediately return a Fox News request for comment Friday.

On Tuesday, Richard Haass, president of the Council on Foreign Relations and former State Department official under President George W. Bush, told Congress that the Trump administration's campaign against Iran has been effective.

He expressed optimism that sanctions on Iran have been strong enough to bring its leaders back to the negotiating table and was encouraged by threats of additional sanctions from Britain, France and Germany, all signatories of the 2015 nuclear deal.

Tensions between the U.S. and Iran reached a boiling point after Sloeimani's death earlier this month. Democrats blasted the attack, saying it would put American lives in danger. Trump administration officials said the Quds Force commander was planning attacks against American personnel and American forces.

Iran responded by launching missiles at military bases in Iraq that house American troops, which injured 11 service members. Trump initially said no one was injured in that attack.

Iraqi lawmakers also voted to expel U.S. troops from the country, which had been invited back to combat the Islamic State after the terror group overtook vast swaths of the country from security forces and has since been defeated.