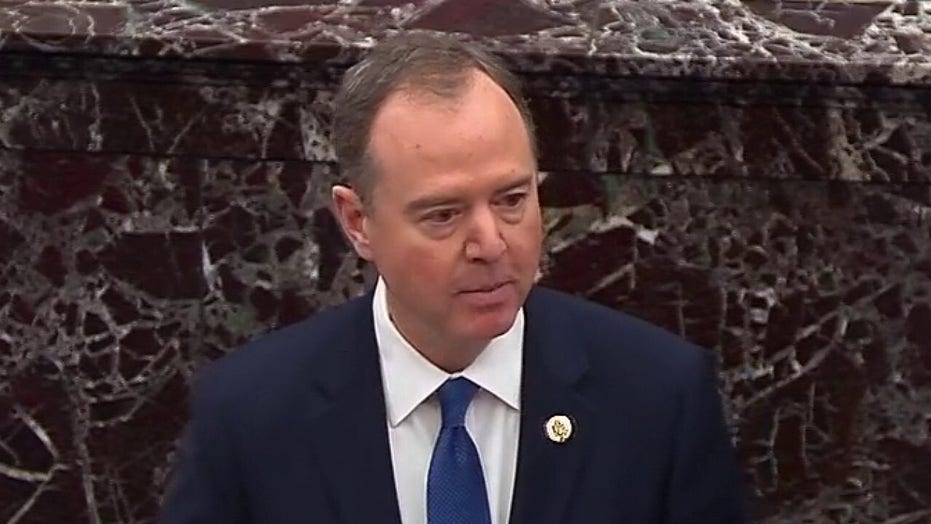 The House impeachment managers for President Trump's now-completed trial in the Senate penned an op-ed Thursday arguing that Trump and the GOP-controlled Senate will be permanently stained by what they argued was an unfair process, leading to "not guilty" verdicts on both articles of impeachment.

"By denying the American people a fair trial, Senate Majority Leader Mitch McConnell (R-Ky.) also deprived the president of something that he desperately sought — exoneration," the impeachment managers wrote in the Washington Post. "There can be no exoneration without a legitimate trial. Out of fear of what they would learn, the Senate refused to hold one. The president will not be vindicated, and neither will the Senate, certainly not by history."

The New York Times previously reported that Bolton had written in the transcript of his book that Trump himself connected the military aid his administration withheld from Ukraine with investigations he wanted Ukrainian President Volodymyr Zelensky to open into actions by former Vice President Joe Biden and his son, Hunter, which would have allegedly been politically beneficial to Trump's reelection.

"Although Bolton told the House that he would sue rather than appear to testify pursuant to a subpoena, he appeared to have a change of heart and made it clear that he would be willing to testify in the Senate. Yet, rather than hear what Bolton had to say, Republican senators voted to hold the first impeachment trial in U.S. history without a single live witness or new document," the impeachment managers wrote.

They continued: "Nothing supported this unprecedented prohibition on witnesses and documents, except the overriding interest of a president determined to hide any further incriminating information from the American people and a Senate majority leader in his thrall."

The House Democrats closed with a plea for the kind of "moral courage" they say Sen. Mitt Romney, R-Utah, showed by being the only Republican to vote to convict Trump on one of the impeachment articles.

"Without it, no constitution can save us, but with it, no hardship can overcome us," they wrote. "We remain committed to doing everything in our power to preserve this marvelous experiment in self-governance.

"America is worth it."

Trump fired back at Romney on Twitter, saying: "Had failed presidential candidate @MittRomney devoted the same energy and anger to defeating a faltering Barack Obama as he sanctimoniously does to me, he could have won the election. Read the Transcripts!"