The partisan divide between House Democrats and Republicans was on full display Wednesday afternoon during a House Judiciary Committee hearing on Justice Department oversight after Chairman Jerry Nadler, D-N.Y., allowed the opening statement of a former DOJ official to run long.

Rep. Louis Gohmert, R-Texas, began by continually gaveling over Ayer as he continued to speak while other GOP lawmakers chimed in questioning Nadler on why he was allowing Ayer to keep speaking.

“Mr. Chairman, this is outrageous,” Gohmert said to Nadler. “Do you have no respect for the rules?”

Gohmert added: “Either we have rules or we don’t.”

The tapping infuriated Rep. Hank Johnson, D-Ga., who asked Nadler to have Gohmert removed from the hearing room.

“Can not the chair call in the sergeant of arms to maintain order?” Johnson asked.

While Nadler said that he could have Gohmert removed, he did not do so and went on with other witnesses following Ayer finishing his statement.

Gohmert was undeterred by the warning he received from Nadler and resumed his tapping during the testimony of former Attorney General Michael Mukasey.

When Johnson once again asked to have Gohmert removed, the Texas Republican shot back: “You want somebody removed because they want the rules enforced?”

The fiery back-and-forth nature of the opening statements highlighted the tension of the hearing that was already set to be explosive when one of Barr's federal prosecutors testified that Roger Stone, a close ally of President Trump, was given special treatment ahead of his sentencing because of his relationship with the president. 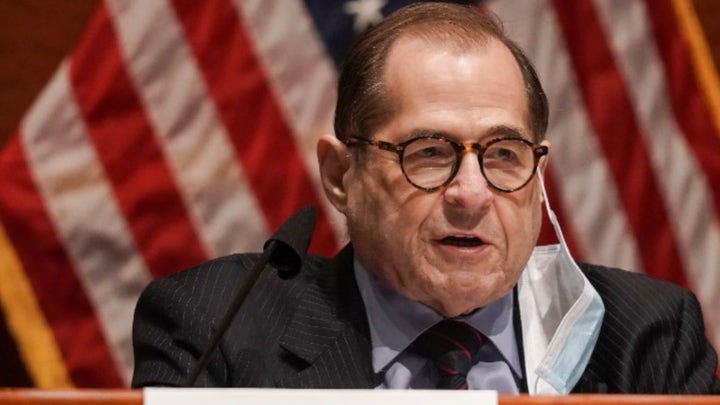 Aaron Zelinsky, a career Justice Department prosecutor who was part of special counsel Robert Mueller's team and worked on the case against Stone, said in prepared testimony that he was told by supervisors that political considerations influenced the decision to overrule the recommendation of the trial team and propose a lighter prison sentence.

Democrats launched the investigation earlier this year over Barr's handling of the Stone case but have expanded their focus to several subsequent episodes in which they believe Barr is doing Trump's bidding. They've referred to their probe as examining the "unprecedented politicization of the Department of Justice under President Trump and Attorney General William Barr."

That includes the department's efforts to dismiss the criminal case against Gen. Michael Flynn and the firing last weekend of the top prosecutor in New York’s Southern District. The prosecutor, Geoffrey Berman, has been investigating the president’s personal attorney Rudy Giuliani.

Barr said Wednesday that he will testify next month before the committee, following Nadler’s threat to subpoena him.